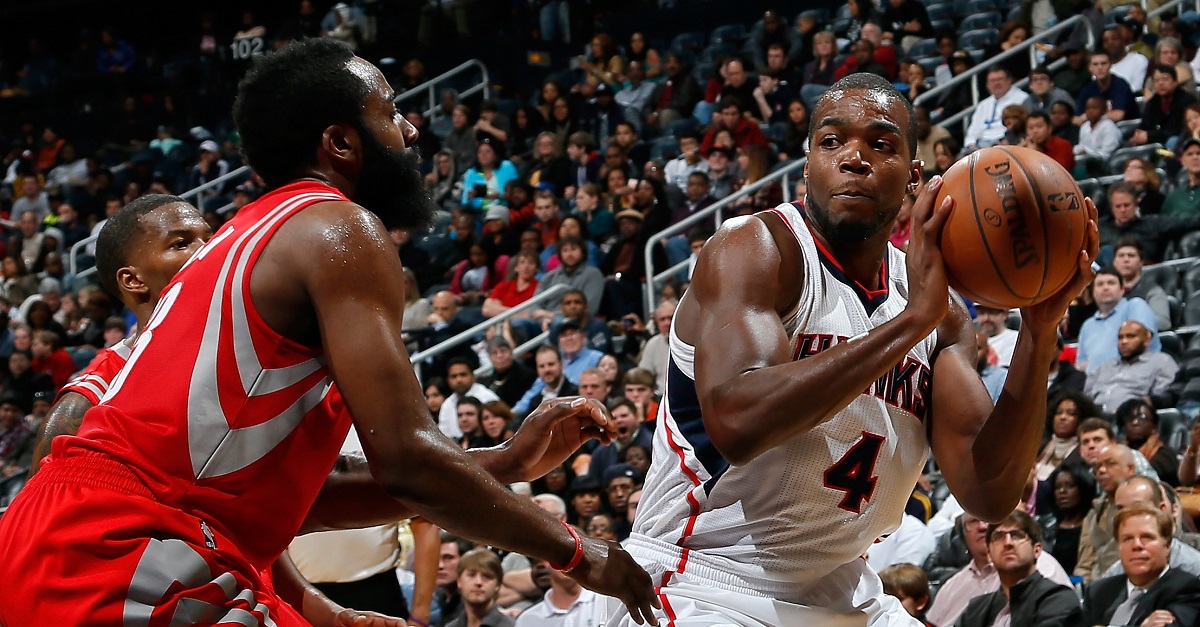 Kevin C. Cox/Getty Images
ATLANTA, GA - JANUARY 10: Paul Millsap #4 of the Atlanta Hawks against James Harden #13 of the Houston Rockets at Philips Arena on January 10, 2014 in Atlanta, Georgia. NOTE TO USER: User expressly acknowledges and agrees that, by downloading and or using this photograph, User is consenting to the terms and conditions of the Getty Images License Agreement. (Photo by Kevin C. Cox/Getty Images)

The NBA trade deadline is over one month away, but trade rumors are already running rampant in throughout the league.

Related: Dwight Howard shouldered Pau Gasol in the throat, only got called for a regular foul

Over the weekend, rumors began circulating that the Atlanta Hawks were looking to move Paul Millsap, Kyle Korver and Thabo Sefolosha. Korver and Sefolosha are unrestricted free agents after this season, and Millsap has a player option he will almost certainly decline.

Millsap was asked about a potential trade, and he indicated he wants to stay in Atlanta.

Millsap on trade talk: "Everybody knows where my heart is and where I want to be."
Me: And that's here?
Millsap: "That would be here, yes."

Millsap will be 32 before next season, but he’ll still command a max contract ? which could start at $36 million per year. If the Hawks want to avoid another Al Horford situation from last offseason, it might make more sense to trade Millsap now. But if they’re confident Millsap will stay, they should certainly keep him because he’s still an All-Star level player.

Atlanta won’t be a playoff team this year without Millsap, but they definitely won’t be one moving forward if he leaves and they don’t get any return value.