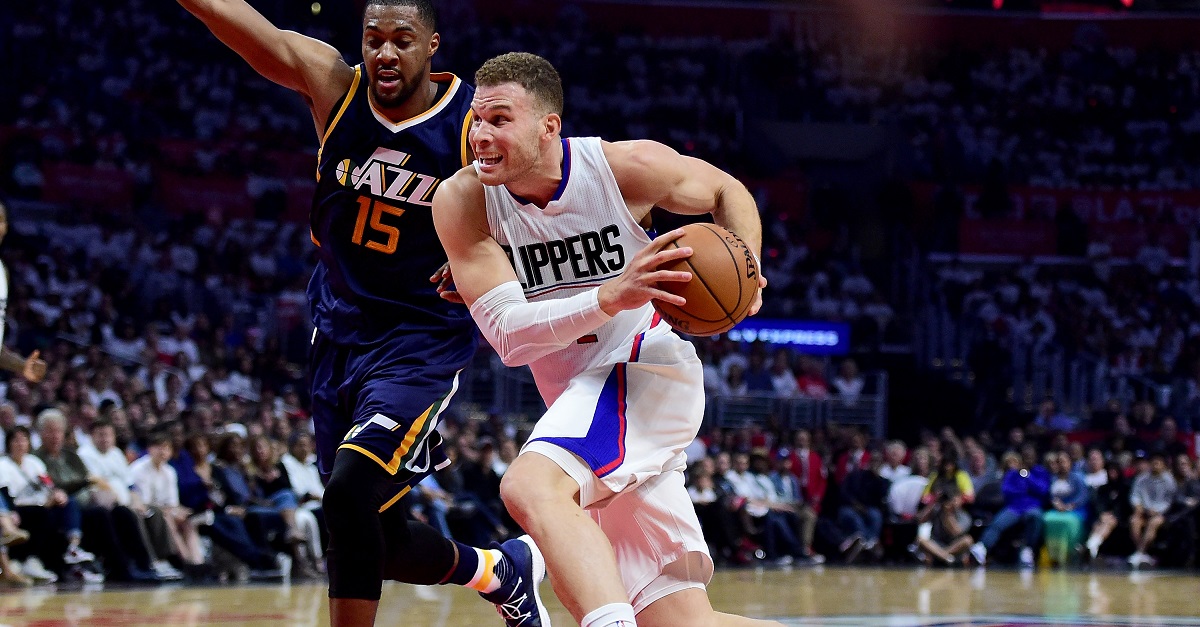 Harry How/Getty Images
LOS ANGELES, CA - APRIL 15: Blake Griffin #32 of the LA Clippers drives on Derrick Favors #15 of the Utah Jazz during the first half at Staples Center on April 15, 2017 in Los Angeles, California. NOTE TO USER: User expressly acknowledges and agrees that, by downloading and or using this photograph, User is consenting to the terms and conditions of the Getty Images License Agreement. (Photo by Harry How/Getty Images)

Blake Griffin and the Los Angeles Clippers are currently up on the Utah Jazz in their first round playoff series 2-1, but that could change quickly. Griffin suffered a toe injury in Friday’s 111-106 win over the Jazz and it looks like it is pretty serious as the team announced on Saturday.

Including both regular season & playoffs, he's missed 70 out of 173 gms the last 2 seasons

RELATED: Chris Paul and Blake Griffin injuries could turn playoffs on its head…again

Griffin and point guard Chris Paul were injured in last season’s playoffs, which resulted in another first round series loss for the franchise. Griffin was averaging 20.3 points, six rebounds and 2.3 assists in the first three games of the postseason. Now the team will have to adjust yet again for his absence and that means guys like Mareese Speights and Alan Anderson might have to step into a bigger role.