NBA player forgets himself and drops his pants in front of 20,000 people 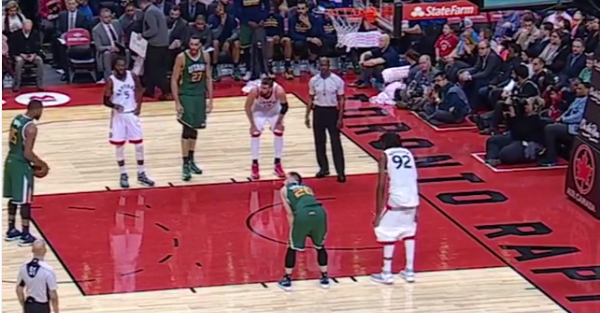 This is the definition of brain lock.

No shorts, no shame.

That’s Toronto Raptors center Lucas Nogueira dropped his pants while on the free throw line in Thursday’s game against the Utah Jazz. ProBasketballTalk speculates Nogueira was trying to adjust the jersey underneath his shorts, and he got a little too aggressive, meaning nearly 20,000 people saw more of Nogueira than they wanted.

It reminds us of when Steve Lyons did something similar way back in 1990, when he dropped his pants while standing at first base, and was mortified.

It happens to the best of them, I guess.