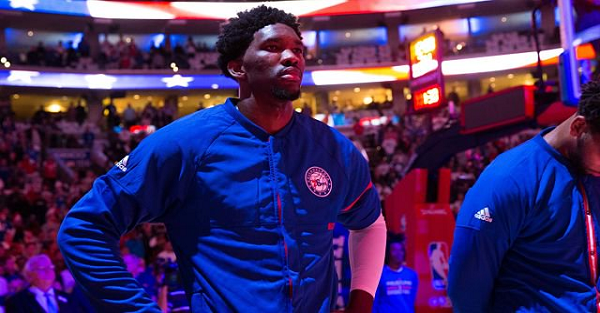 Joel Embiid is the very embodiment of “Trust the Process”, which was started by former Philadelphia general manager Sam Hinkie. He took Embiid with the third overall pick in the 2014 NBA Draft and he just made his debut this season. It took a lot of tanking for the 76ers to get here and they eventually fired Hinkie because of it.

RELATED: Joel Embiid has a message for those who thought he was out of shape

So when Embiid takes to Twitter — which he is very good at by the way — people take notice and after Donald Trump was elected President, he had this to say:

Well America is tanking!!! All we can do is Trust The Process…