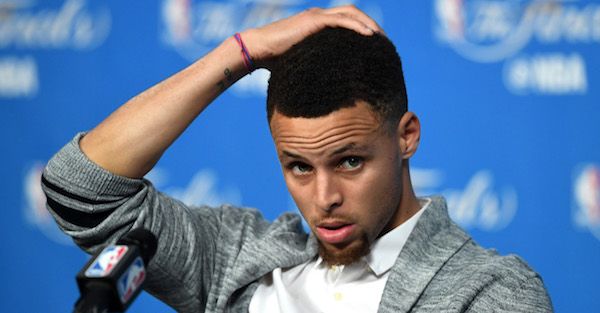 Jason Miller/Getty Images
CLEVELAND, OH - JUNE 16: Stephen Curry #30 of the Golden State Warriors speaks to the media after being defeated by the Cleveland Cavaliers in Game 6 of the 2016 NBA Finals at Quicken Loans Arena on June 16, 2016 in Cleveland, Ohio. The Cavaliers defeated the Warriors 115-101. NOTE TO USER: User expressly acknowledges and agrees that, by downloading and or using this photograph, User is consenting to the terms and conditions of the Getty Images License Agreement. (Photo by Jason Miller/Getty Images)

Young shot 40 percent from three-point range last season, and he averaged 13.2 points per game in 60 games for the Lakers.

The Warriors have great shooting in their starting lineup, but their current bench unit lacks in perimeter shooting. Shaun Livingston and Andre Iguodala help the team in plenty of other ways, but they both struggle with perimeter shooting.

Young also has some familiarity with the Warriors’ system. His head coach with the Lakers last season, Luke Walton, was a Warriors assistant prior to taking over in LA.

The 32-year-old Young has played for four teams in his 10-year career, including the Lakers, Philadelphia 76ers, Los Angeles Clippers, and the Washington Wizards.