Denver Nuggets center and NBA All-Star Nikola Jokic continues to solidify his claim as arguably the most unique player in basketball. The Serbian basketball player has risen to superstar status throughout the past few seasons, reaching heights we haven't seen since the days of Shaquille O'Neal and Michael Jordan.

While he's a serious MVP candidate every season, he's already won one of the most important prizes in life: love.

Jokic is married to longtime girlfriend Natalija Macesic and tied the knot during the pandemic.

Who is Nikola Jokic Wife?

Congratulations to Nikola Jokic and his wife Natalija who got married today! Joker gets a ring! ? pic.twitter.com/iIZhkMDknQ

Nikola Jokic's wife Natalija Macesic has been with her NBA superstar beau since 2013 before officially getting married in 2020. The COVID-19 pandemic delayed their wedding, but the pair managed to officially get hitched at a small ceremony in Macesic and Jokic's hometown of Sombor, Serbia, according to Eurohoops.

Jokic told Bleacher Report that he advised Macesic, his high school sweetheart, to cheat when playing cards with his brothers Nemanja and Strahinja.

Macesic, before becoming the wife of Nikola Jokic, moved to the United States alongside her future husband and is a graduate of Metropolitan State University of Denver, where she earned a psychology degree. Her university campus was near the Pepsi Center, where Jokic plays for the Nuggets. Macesic was also a collegiate volleyball player for Seminole State College in Oklahoma before transferring to Metro State.

The pair met for the first time in high school and have come a long way since then.

Since moving to the United States, she's been by Jokic's side, even traveling with the big man to London when the Nuggets played the Indiana Pacers overseas.

Macesic's social media pages are private, and currently remain so, keeping her personal life under wraps. However, the couple did announce the birth of their first child Ognjena Jokic, giving fans a brief glimpse into the Jokic's continuing love story. 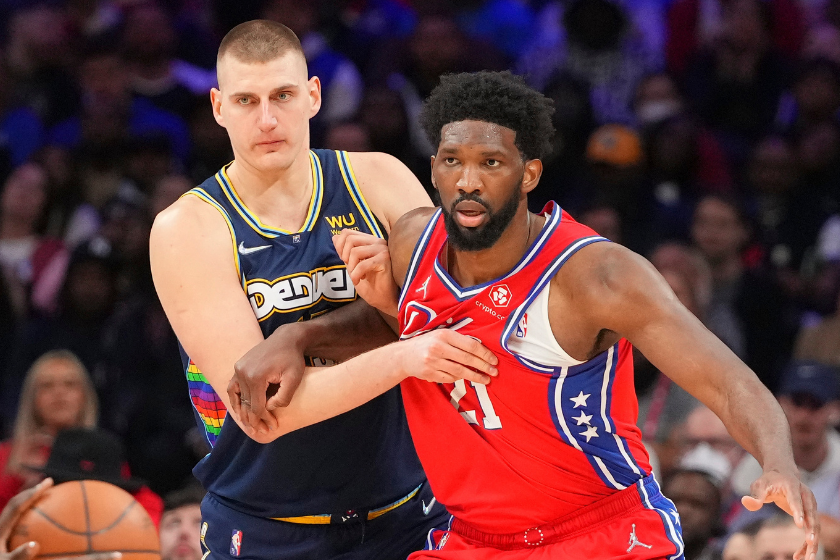 Nikola Jokic was selected in the second round of the 2014 NBA Draft by the Denver Nuggets and moved to the USA from Serbia a year later to join the team.

The Serbian professional basketball player impressed early on in his career as an NBA player, making the 2015-16 NBA All-Rookie Team. Jokic made his first All-Star team in 2018-19 after nearly averaging a triple-double with 20.1 points, 10.8 rebounds, and 7.3 assists per game.

The Joker signed a five-year, $147 million contract extension with the Nuggets in the 2018 offseason that will see him in Denver through the 2022-23 season. They'll be looking to win a ring with Jokic leading the charge, though that will be more difficult following the loss of Jamal Murray to injury.

But for Jokic, who won back-to-back MVP Awards in 2020-21 and 2021-22, it's not implausible that he'll reach a Wardell Stephen Curry level of a contract if he wants it in the offseason. And if that contract comes from a team in the Eastern Conference, expect Draymond Green and other Western defensive players to breathe a sigh of relief.

Jokic has also played a pivotal role for the Serbian National Team, having featured for the squad and won a silver medal at the 2016 Summer Olympics in Rio.

This article was originally published on May 18, 2021, but has been updated since.