One of basketball’s greatest stars has sadly passed away 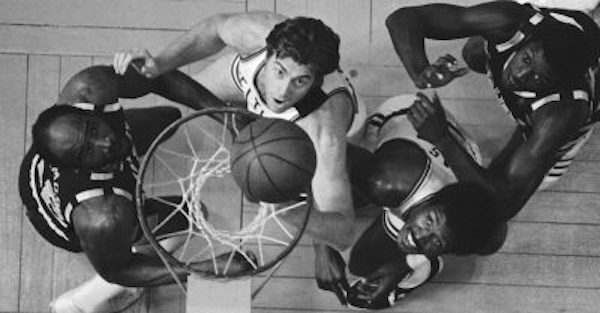 The Golden State Warriors confirmed news on Saturday that Nate Thurmond,  a seven time NBA All Star who also played for the Chicago Bulls and Cleveland Cavaliers has died.

We are saddened by the passing of a true Warriors Legend. Rest in Peace, Nate Thurmond. pic.twitter.com/4JT9aftJlg

The 6”11 Thurmond was one of the more charismatic players of his era, and remained a notable name and face in the basketball community long after he retired.

RELATED: How former WWE star Chyna died will leave you sick to your stomach

For over 20 years, California residents flocked to Big Nate’s BBQ, a restaurant owned by the basketball great.

Thurmond passed away after a brief bout with leukemia. Along with his business interests in San Francisco, Thurmond remained close with the Warriors organization, and has served for many years as the team’s community ambassador.

NBA Hall of Famer Jerry West, who is a current board member for the Warriors organization reflected on the game losing one of it’s greatest players.

“This is an extremely difficult day for me,” West said in a statement.

“We have lost an incredible person and someone whom I admired as much as any player I ever went to battle against on any level. Nate Thurmond was, without a doubt, one of the fiercest competitors that I played against during my entire career.”

In an interview with Slam Online before his passing, Thurmond looked back on his long career.

“I’d like to be remembered as the guy who put offense and defense together and tried to excel at both, I played with an attitude that said, “Hey, it’s gonna be tough for you to score tonight. You’re going to have a tough job this game.”