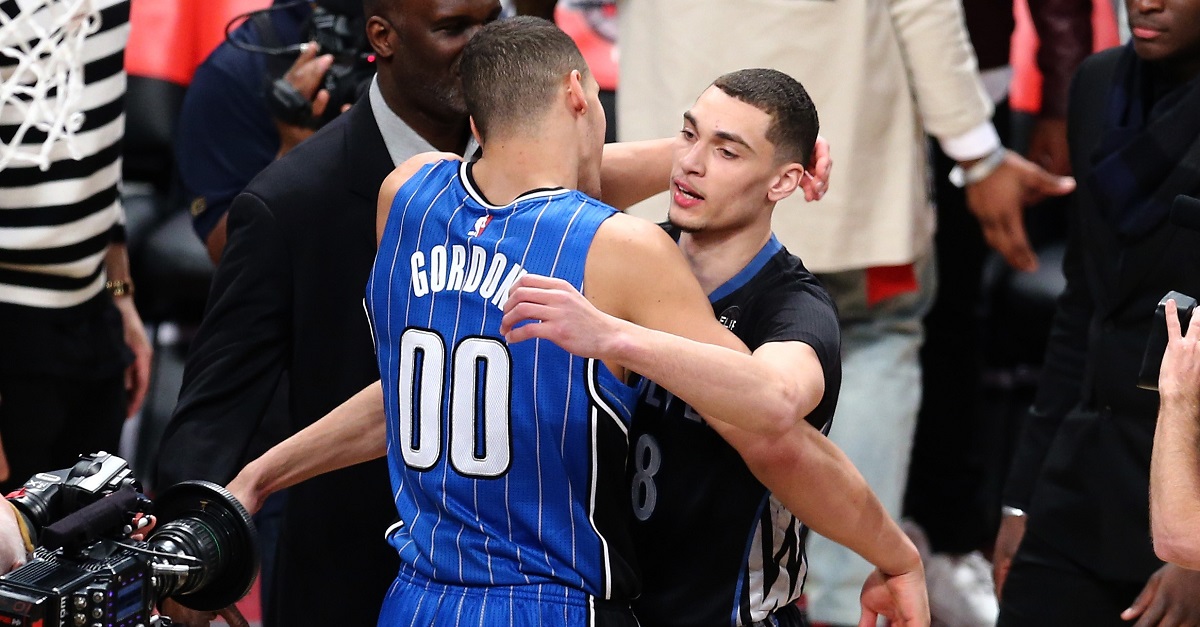 Vaughn Ridley/Getty Images
TORONTO, ON - FEBRUARY 13: Aaron Gordon of the Orlando Magic and Zach LaVine of the Minnesota Timberwolves react after the Verizon Slam Dunk Contest during NBA All-Star Weekend 2016 at Air Canada Centre on February 13, 2016 in Toronto, Canada. NOTE TO USER: User expressly acknowledges and agrees that, by downloading and/or using this Photograph, user is consenting to the terms and conditions of the Getty Images License Agreement. (Photo by Vaughn Ridley/Getty Images)

Zach LaVine has been playing the best ball of his career averaging 18.9 points a game while shooting 45.9 percent from the field overall and 38.7 percent from beyond the arc. That last percentage is close to last year’s, but he’s also shooting almost twice as many shots from there this season. Unfortunately, LaVine won’t have the rest of the season to continue his hot shooting:

BREAKING: Zach LaVine has a torn ACL in his left knee and will miss the remainder of the season. pic.twitter.com/62R46QxDR5

That likely means Shabazz Muhammad and Brandon Rush will be getting more minutes to try to shore up that lost production. LaVine had recently declined to participate in the Dunk Contest again this year after beating out Aaron Gordon last year in one of the most epic contests in recent memory.

This is where the injury may have occurred: