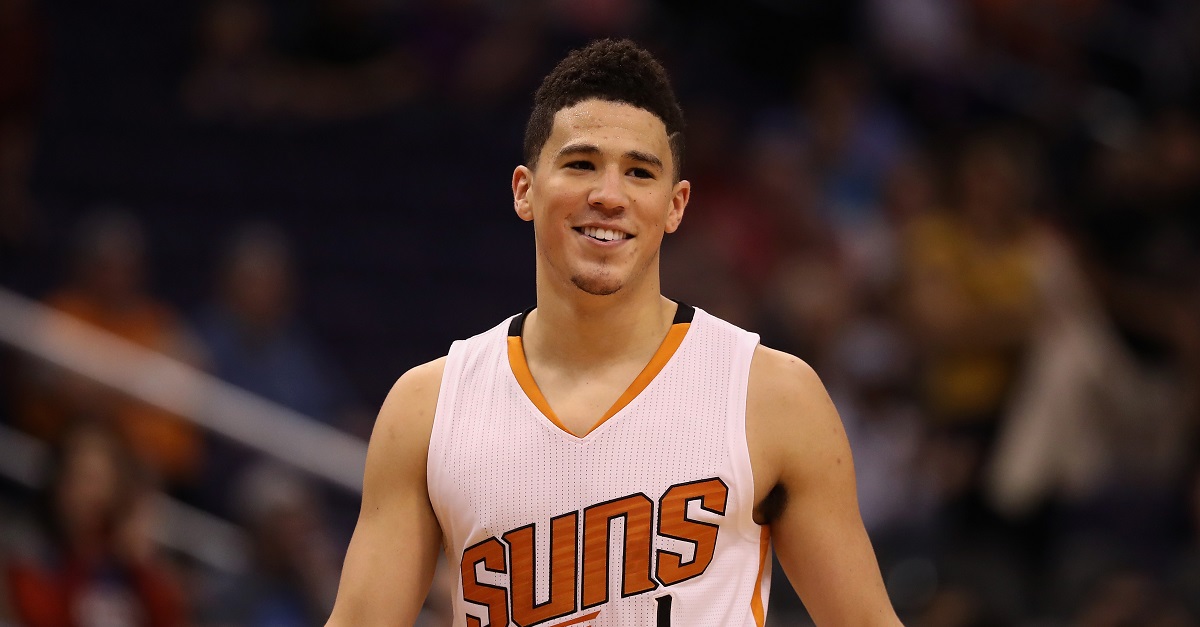 Christian Petersen/Getty Images
PHOENIX, AZ - MARCH 03: Devin Booker #1 of the Phoenix Suns reacts on the court during the second half of the NBA game against the Oklahoma City Thunder at Talking Stick Resort Arena on March 3, 2017 in Phoenix, Arizona. The Suns defeated the Thunder 118-111. NOTE TO USER: User expressly acknowledges and agrees that, by downloading and or using this photograph, User is consenting to the terms and conditions of the Getty Images License AgreemenOklahoma City Thunder t. (Photo by Christian Petersen/Getty Images)

If you are a hoops fan and didn’t know the name Devin Booker before… you definitely should now.

The 20-year old Phoenix Suns guard shocked the NBA world on Friday night when he threw up a 70-point game in a losing effort to the Boston Celtics. The 70 points set a season-high for the NBA, and are the most points scored by an NBA player in one game since Kobe Bryant’s 81-point game in 2006. Booker became only the sixth player all time to score 70 points or more in an NBA game.

Booker also had eight rebounds and six assists in the 130-120 loss to the Celtics.

A lot of fans, players, and journalists alike took to Twitter to express their shock over Booker’s accomplishment.

And now Devin Booker has more points than any opponent, ever, has scored in Boston.

Wait. Hold up. Devin Booker is doing WHAT?!

Devin Booker broke Suns record for points in a game.

And of course, a celebration by the team itself.

Booker went into the game on Friday averaging 21 points per contest for the Suns… it’s safe to say that his average went up just a bit with this performance.