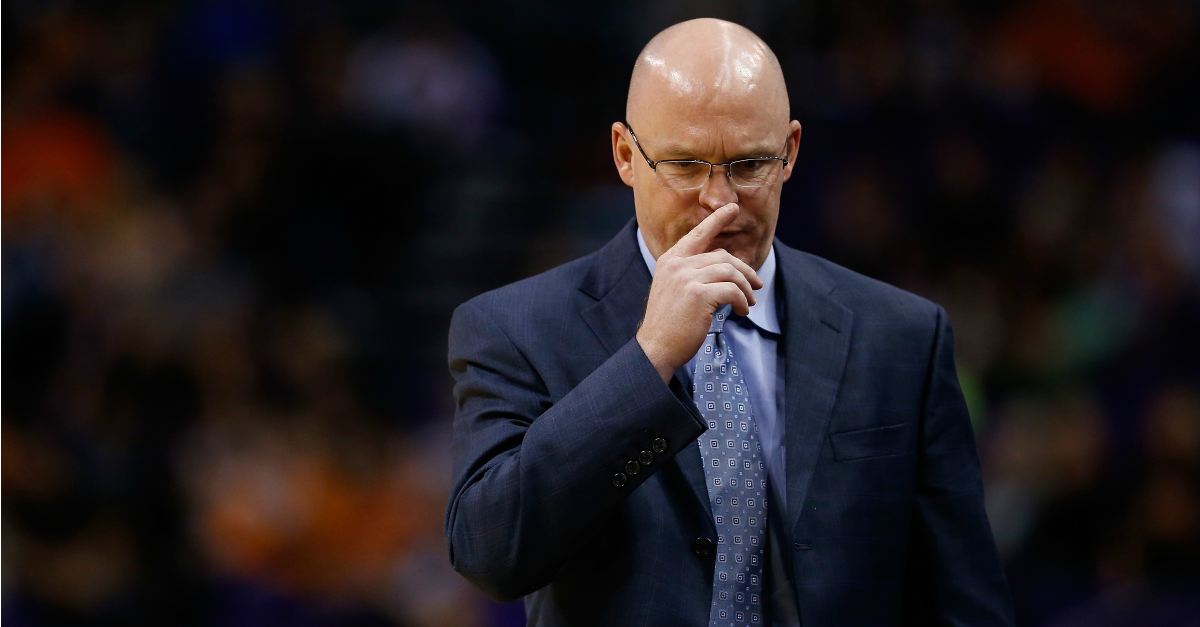 Orlando Magic head coach Scott Skiles has inexplicably resigned as the head coach of the Orlando Magic. The team made an announcement this morning informing everyone of the decision.

Scott Skiles has informed the Orlando Magic that he is stepping down as head coach. The Magic will begin a search effective immediately.

Scott Skiles has resigned as head coach of the Orlando Magic. pic.twitter.com/l8tLHtEEJr

Skiles was also a player for the Magic in the 1990s and even set the league record for assists in a game (30) while playing with the Magic. Although this seems like bad news it may actually be a blessing in disguise as the Magic can now go ahead and get one of the excellent coaches currently in the market for a job.

The likes of Frank Vogel, David Blatt, Jeff Hornacek, George Karl, Kevin McHale and Derek Fisher are available and most of those guys would be a good option for the Magic. The team was middle of the pack in most offensive and defensive categories so there is some foundation to work with whoever decides to take the job. The real trick is getting this team back to the postseason with young guys like Aaron Gordon, Elfrid Payton, Nikola Vucevic and Victor Oladipo.