Paul George gets fed up with a bad call, kicks a ball into a fan’s face

What Is Charles Barkley’s Net Worth in 2020? 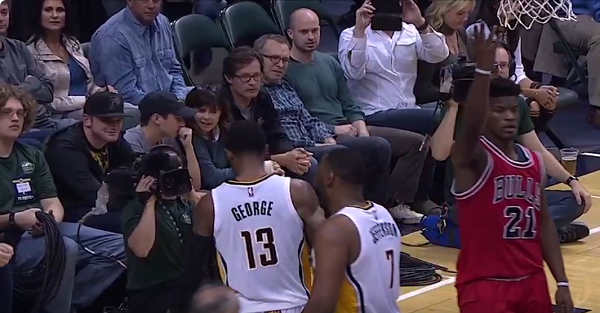 Paul George and the Indiana Pacers were putting the beat down on the Chicago Bulls, but it looks like PG-13 had enough of the refs. He got called for a questionable foul late in the third quarter and he was clearly frustrated. He kicked the loose ball into the stands and apparently hit a fan in the face.

Paul George apologizes after kicking ball into stands and hitting a fan. He was ejected for his action. pic.twitter.com/YscKwnyZyJ

Paul immediately apologized to the lady he hit…who is a Fox Sports Indiana crew member.

Will look into it further, but @PacersDMB informs me tonight is probably Paul George's 1st ejection of his career.

Indiana won 111-94 and George finished with 13 points and seven rebounds.