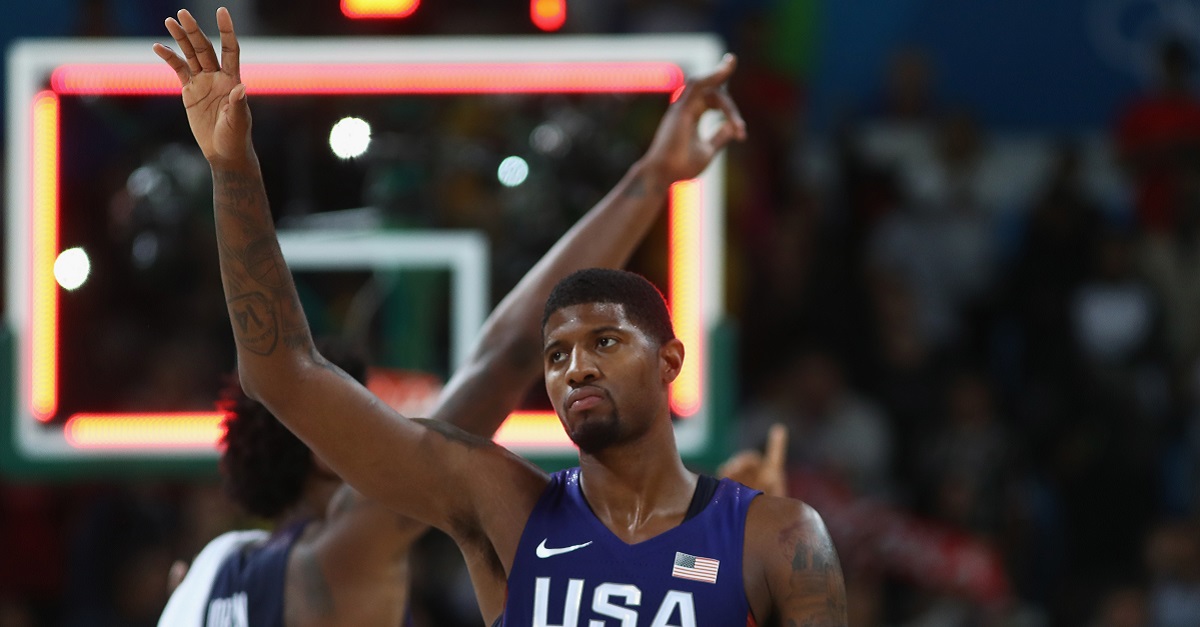 Team USA looked strong in its first two games of the 2016 Olympics, but they have not been nearly as stout on defense in the last two games against Australia and Serbia. They eked out wins over both with victories coming by ten points (against the Aussies) and three points (against the Serbians). The defense was atrocious and there were times the offense stagnated badly because of too much one-on-one play.

Despite the fact that the United States is still undefeated, the team has not looked good getting there. There is still one more game in group play against France before the knockout round and Paul George is hoping the team can get it together before then. He directly called out the team for its lack of chemistry and willingness to work together during games.

“As good as we are, we can’t continue to keep playing like this,” George said. “We’re still scoring 100 points taking one-on-five shots, but we’re too good for that. The toughest part is that each and every one of us is confident with the ball in our hands that we can make those shots. It just comes down to a trust factor, not letting one guy have that feeling that he has to do it alone.”

He’s not wrong, but the team also needs to play some semblance of defense if it wants to play like everyone thinks they’re capable of playing. You can score 100 points a game, but if you’re giving up almost that much every game then it’s going to be hard to win never mind blow people out of the arena.