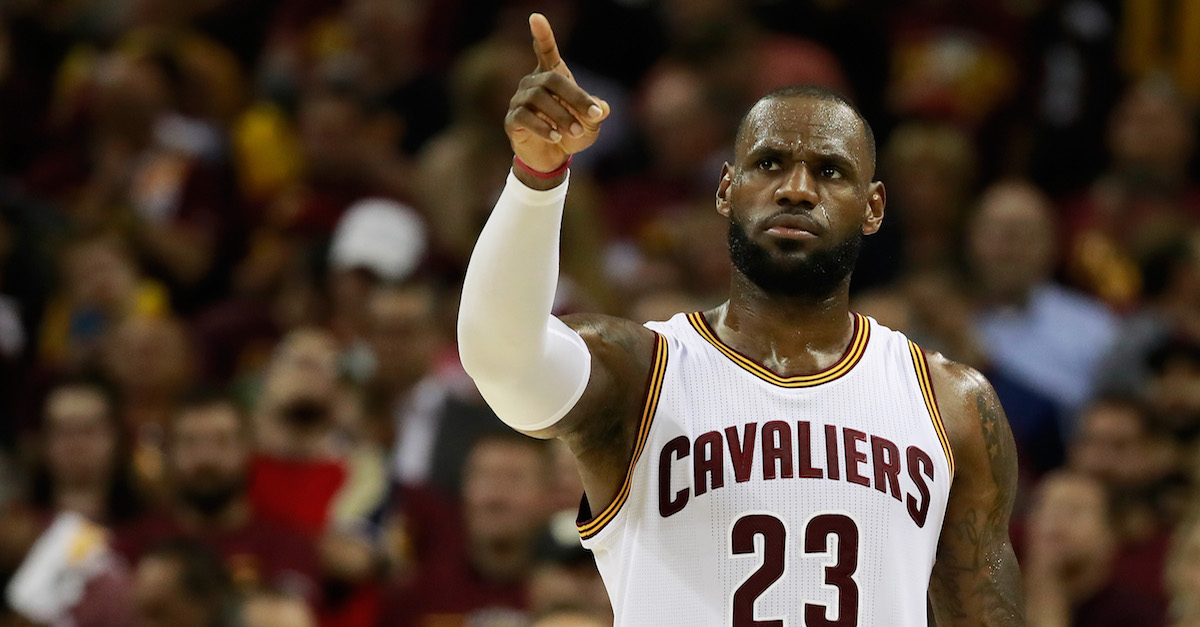 As the Cleveland Cavaliers look to rebound from a tough NBA Finals loss to a stacked Golden State Warriors club, one very interesting name has emerged as a possible court-mate for LeBron James next season, and perhaps beyond.

Sam Amico, NBA Insider for Fox Sports Ohio, Tweeted this past Sunday evening that the Cavs have talked to the Indiana Pacers regarding a possible trade for four-time All-Star Paul George.

#Cavs and #Pacers have indeed discussed Paul George, but Indy said to be in very early stages of making calls. Talks just beginning.

Adrian Wojnarowski of The Vertical had previously reported that George did tell the Pacers that he plans on becoming a free agent in the summer of 2018, so it makes sense that they may have already started shopping him around a bit — especially in the lead-up to the NBA Draft. Amico did say that the Pacers were in the very early stages of doing that, but they would like to get a deal done before the 2017 NBA Draft, which starts on Thursday, June 22nd.

Amico followed his initial George-to-Cleveland Tweet with one confirming the validity of the talk between the two clubs. In fact, he related that the talks between Cleveland and Indiana are more than just a passing thing, and he even feels that multiple players could be involved.

#Cavs–#Pacers talk about Paul George is legit. This is more than a passing type of discussion, league sources tell AmicoHoops.

#Cavs and #Pacers talks have a feel of multiple players being involved. Indy wants a deal done before Thursday's draft. #NBA

It would make sense for multiple players to be involved in a trade of this magnitude. Obviously, King James would never go near the trading block for the Cavaliers, but they may have to put together a nice package if they’re serious about luring one of the top players in basketball from a fellow Central Division opponent.

George has been a huge part of the basketball resurgence for the Pacers. He was taken with the 10th overall pick of the 2010 NBA Draft and he’s more than exceeded expectations in Indiana, outside of a 2014-15 season that was mostly lost due to injury.

Related: If not Cleveland, does Paul George have a dream destination in mind?

In 2016-17, George averaged 23.7 points, 6.6 rebounds, and 3.3 assists per game for the Pacers. He’s a major defensive stopper, but he undoubtedly has superstar ability on the offensive end of the floor, and that kind of firepower would look really good as a compliment to LeBron, with Kyrie Irving running things from the point.

The main issue for the Cavs could come down to asking price for George. Speaking of Irving, he’d undoubtedly be a major “get” for the Pacers and considering what they’d be giving away, one has to wonder if Indiana would ask for the All-Star point guard. The other big name Indiana may shoot for would be fellow 2017 All-Star Kevin Love, who averaged 19 points and 11.1 rebounds this past season for Cleveland.

Ultimately, it may come down to whether or not the Cavs feel that pairing George with James would be enough to break up the band, especially without the assurance of a long-term contract.

Only way PG stays is if they win the whole thing and LeBron opts to stay. He'd be a rental in every way https://t.co/77YwAGlFx1

For the Pacers, it’s all about the value that would be coming back to Indiana in exchange for the All-Star small forward.

Of course, draft plans would likely be altered as well on both sides, so if this is a deal that’s going to get done, look for it to happen quickly.