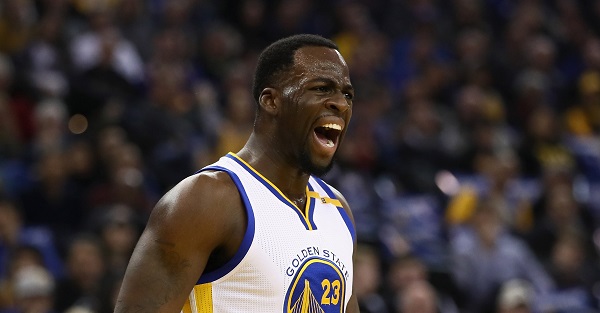 Ezra Shaw/Getty Images
OAKLAND, CA - DECEMBER 30: Draymond Green #23 of the Golden State Warriors complains about a call during their game against the Dallas Mavericks at ORACLE Arena on December 30, 2016 in Oakland, California. NOTE TO USER: User expressly acknowledges and agrees that, by downloading and or using this photograph, User is consenting to the terms and conditions of the Getty Images License Agreement. (Photo by Ezra Shaw/Getty Images)

While the Golden State Warriors dismantled the Oklahoma City Thunder 130-114 Saturday night, tensions were high among players and fans.

Things are getting heated in OKC (via @ChrisBHaynes) pic.twitter.com/jHUkmQRTOv

Nothing major happened between the two, but it encapsulated a game where both teams clearly didn’t approve of one another. The tension was prevalent due to Kevin Durant’s feud with Russell Westbrook after Durant left OKC after last season.