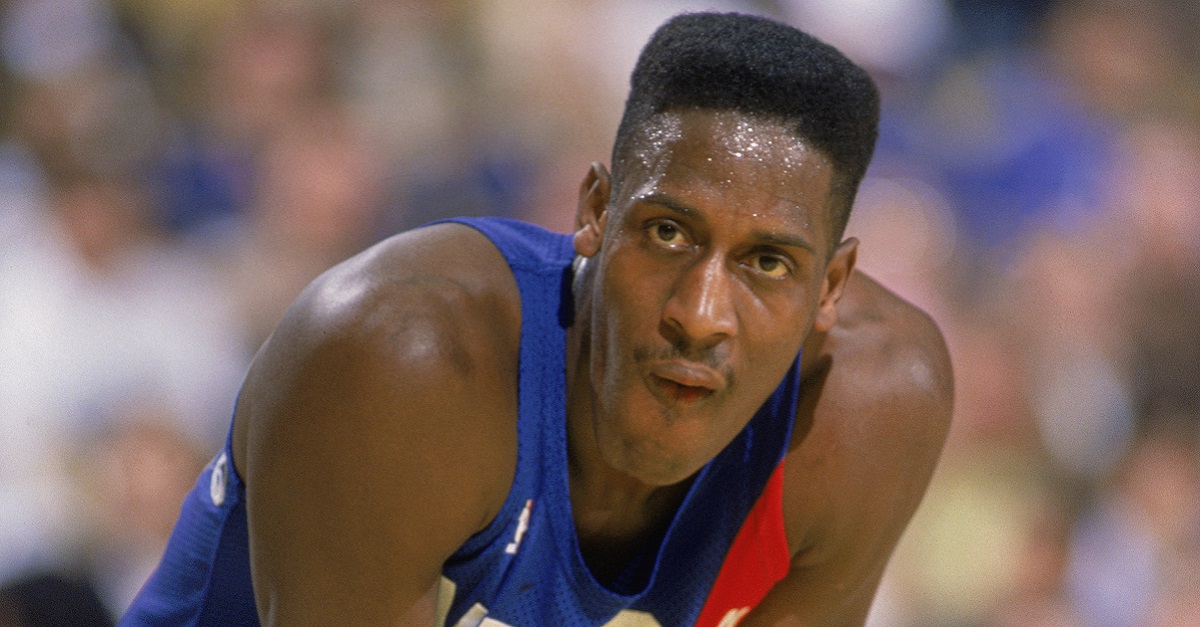 Ken Levine /Getty Images
LOS ANGELES - 1990: Charles Shackleford #33 of the New Jersey Nets stands on the court during an NBA game in 1990. NOTE TO USER: User expressly acknowledges and agrees that, by downloading and/or using this Photograph, User is consenting to the terms and conditions of the Getty Images License Agreement. Mandatory copyright notice : Copyright 1990 NBAE. (Photo by Ken Levine /Getty Images)

North Carolina police have determined there was no foul play involved in the death of former N.C. State star and NBA player Charles Shackleford on Friday.

Shackleford, 50, was found dead inside his Kinston, North Carolina home Friday morning. The North Carolina Office of the Chief Medical Examiner has yet to determine an official cause of death, but the Kinston Police Department has already reportedly ruled out foul play.

Shackleford played at N.C. State from 1985-88, and the 6’10 forward averaged 16.6 points and 9.6 rebounds per game in his final season with the Wolfpack. He was drafted by the New Jersey Nets, and he had brief stints with the Philadelphia 76ers, Minnesota Timberwolves and Charlotte Hornets during his NBA career.