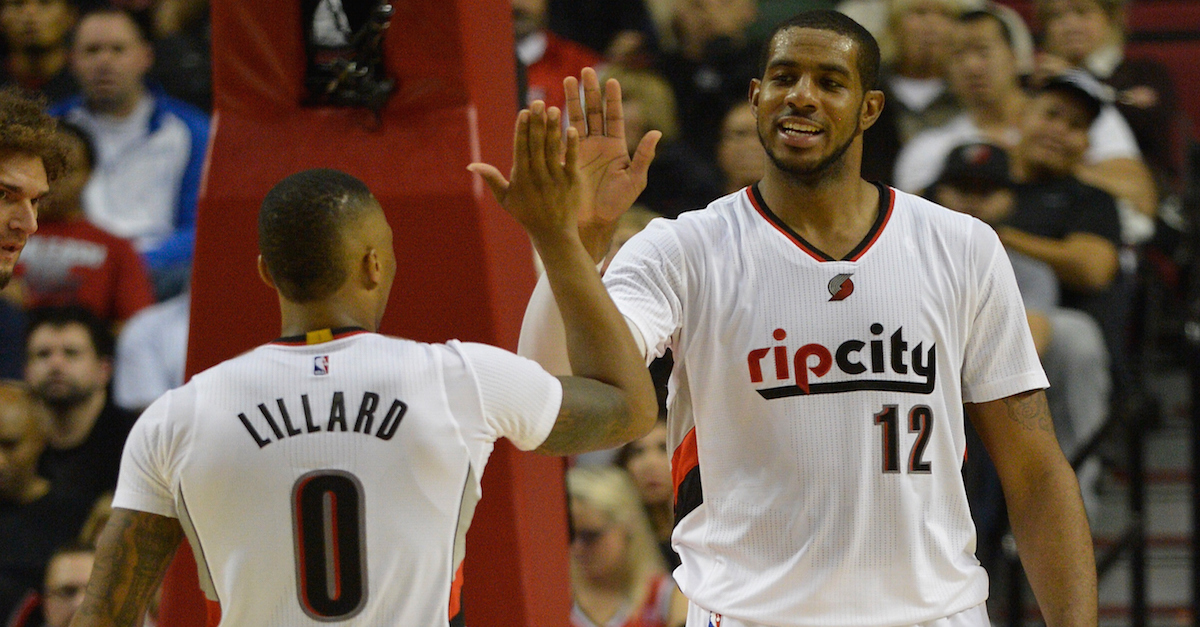 With plenty of big cities holding ample cap space, Portland Trail Blazers big man LaMarcus Aldridge could be on his way out this summer.

While Aldridge remains one of Portland’s best players, rumors have circulated that the forward/center could chase the money elsewhere.

First from Ramona Shelburne of ESPN via LakersNation:

?I think LaMarcus Aldridge is actually a lot more in play than people think.

?You have that group there. How can you really improve that group up in Portland? I think Neil [Olshey] has done a great job up there, but it?s Portland, he?s never quite fit in and they?ve made it really clear that Damian Lillard is the face of their franchise.?

Then, from The Oregonian:

“Some Blazers players have already said they are worried free agency will take Aldridge away from Portland this summer. Earlier this month, before a home game, a Blazers player estimated the chances of him returning to Portland at 50-50.”

While injuries suffered by Wesley Matthews and Arron Afflalo have certainly hampered Portland’s positioning against Memphis, another quick playoff out could help make up the big man’s mind on whether to stay or bolt this summer.