Porzingis becomes first rookie to put up these ridiculous stats 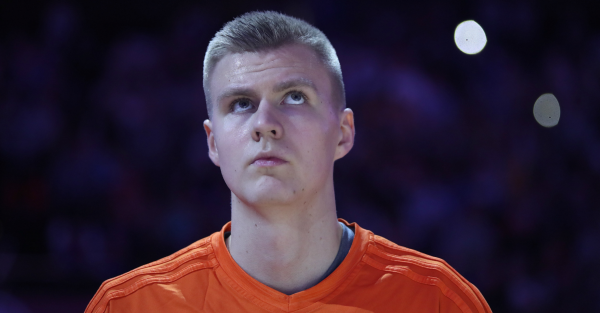 RELATED: Porzingis has done something not even Ewing could

Kristaps Porzingis has had a really nice rookie campaign averaging 14.3 points, 7.3 rebounds and 1.8 blocks per game. Those kinds of numbers have put him in an oddly unique class of rookie all by himself. Porzingis is the only rookie in the history of the NBA to score more than 1,000 points, grab 500-plus rebounds, make 75-plus three-pointers and block more than a 100 shots.

That shows just how ridiculous he can be as a pro and he still has room to grow. He’s not some stiff 7’3″ European guy. Porzingis has a chance to be a legit star and will only get better with each passing season.