Rachel Nichols shuts down co-host after he makes sexist comments 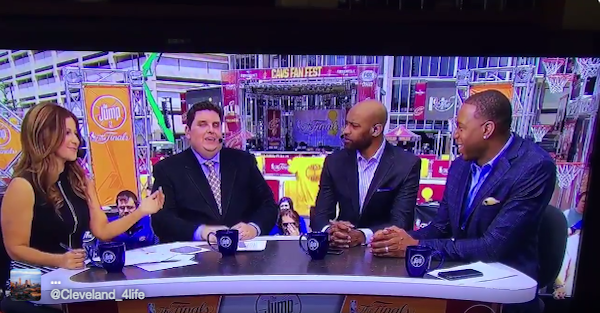 Rachel Nichols is a journalist that doesn’t put up with crap from anyone and that goes doubly so for anyone she lets on her ESPN show “The Jump.” She had former All-Stars Vince Carter and Tracy McGrady on the show Friday and also brought on ESPN basketball reporter Brian Windhorst who is a regular.

RELATED: Fox Sports reporter fails with these remarks, is now out of a job

Windhorst thought that gave him some free reign when it comes to saying whatever he wants, but that is not the case. Windhorst tried to explain why LeBron James follows Nichols on Twitter, but not him and came up with this sorry explanation.

If you didn’t catch it, he said that James is “sliding into Rachel’s DMs.” Not only was that wildly inaccurate, but it was incredibly inappropriate and Nichols was not having that on her show! She not only made him take it back, but the last laugh when she said that Windhorst doesn’t even know what that means despite the fact he makes a living by tweeting out NBA news.

This is great for Nichols and a terrible look for the guy who made a career out of purely following LeBron James everywhere he went and parlayed that into an ESPN gig because he was the “LeBron expert.” And James doesn’t even follow him on Twitter? That’s a double whammy for Windhorst.