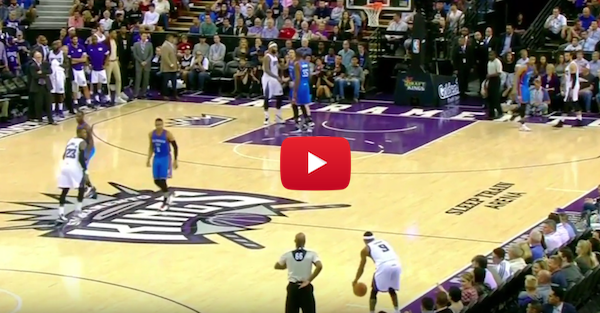 Rajon Rondo has gotten technical fouls for some really dumb things in his time, but it looks like he cost his team a chance for some points at the of the first half for a truly dumb violation. He was called for a delay of game not once, but twice! He absolutely refused to inbound the ball because none of his teammates were running toward him to get it with 1.2 seconds left on the clock.

The ref tried to bounce it to Rondo and a person sitting on the sideline had to give it back to the official. When the ref stuck it in Rondo’s chest and he still refused to pick up the ball, that was enough for the ref to call a delay of game. That wasn’t the end of it though as the ref went to give it to him again after calling the violation and Rondo still didn’t pick up the ball! That was enough for a technical and his team didn’t get the ball back to end the half.