Reggie Jackson celebrates win over Thunder, Westbrook does not approve 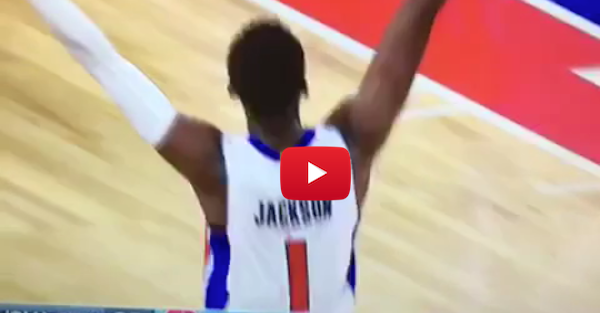 When Reggie Jackson left the Oklahoma City Thunder to go play in Detroit there were definitely some hard feelings about it. Jackson got five years and $80 million from the Pistons and that made John Wall upset. It also made the Thunder upset because the team definitely did not feel he was worth that much, but really did want to keep him as a backup to Russell Westbrook.

Jackson has been playing pretty well though in his new role averaging 18.5 points, 6.2 assists and 3.2 rebounds per game. Naturally when the Pistons hosted the Thunder on Tuesday night there was going to be a lot at stake personally for Jackson. So you might understand if he celebrated the 86-82 win over the Thunder very emphatically.

Thunder guard Russell Westbrook took exception to the celebrating by Jackson and had some NSFW words about it.

This is coming from the guy who celebrates threes at the end of quarters like this:

Come on, Russ. People are allowed to have fun in this league. It isn’t the NFL.