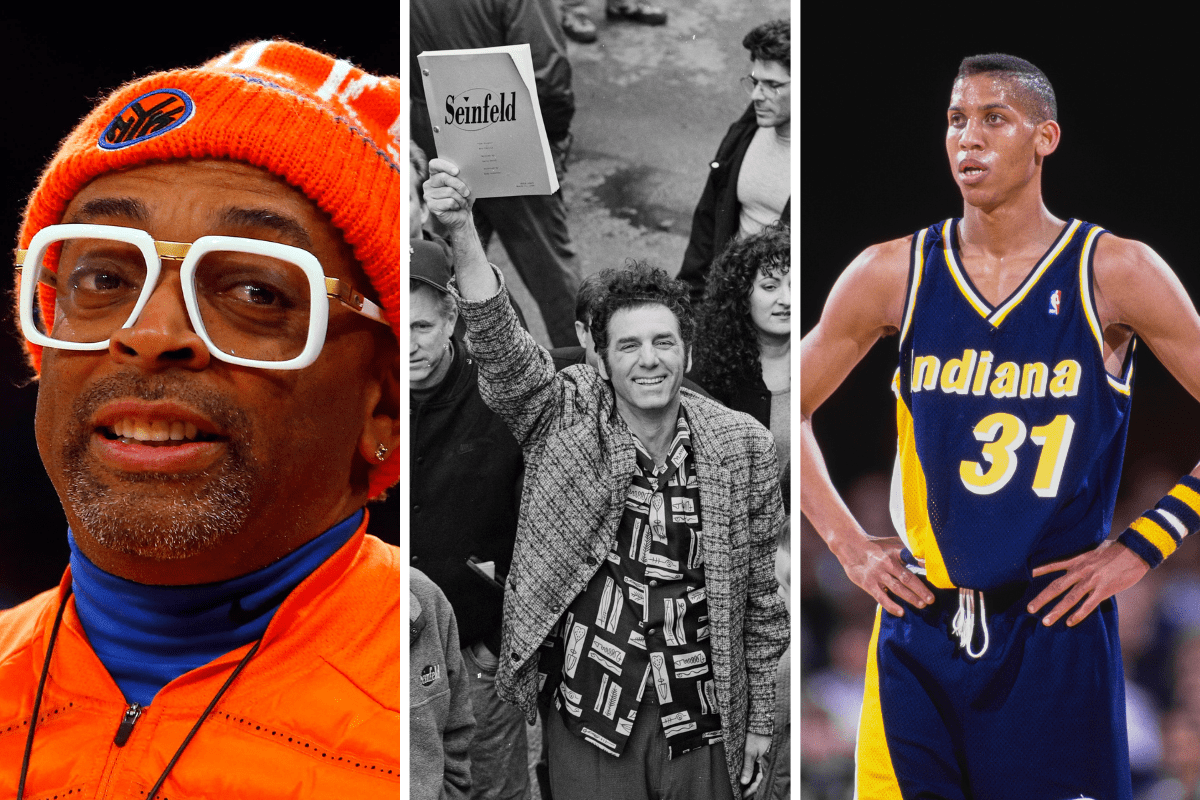 Professional athletes and the fans of opposing teams have a unique relationship. One side is trying to do their job to the best of their ability and earn their team a victory. The other side desperately wants the opposite reality to occur.

It’s difficult for these sides to get along when their desires are so defiantly opposed to one another.

This can rise to an even higher level when the fan of the opposing team is famous, like the New York Knicks’ biggest supporter and courtside season ticket holder, Spike Lee.

Lee’s most famous moments as a Knicks superfan came in the 1994 and 1995 NBA Playoffs when he began a feud with Indiana Pacers star and future Hall of Famer Reggie Miller. The Lee/Miller dynamic reached a level where it warranted extensive media coverage at the moment, especially when Lee decided to make the trip out to Indianapolis to support the Knicks on the road. If it’s not completely obvious, Spike Lee is not a fair-weather fan.

Then over 15 years later one of ESPN’s 30 for 30 documentaries focused on this rift. Miller was even still discussing the rivalry less than a year ago.

This rivalry was so intense that one of the best parts of it didn’t even actually happen. The Lee/Miller combo inspired one of the better jokes in the later seasons of the show “Seinfeld.” So how did we get there?

Miller vs. Lee Moments in the NBA Playoffs

Miller averaged 25 points for the series, including a 39-point performance in a Game 5 win for Indiana. The Pacers outscored the Knicks 35-16 in the final quarter, with Miller scoring 25 points in the fourth. This was the beginning of the Miller/Lee interactions as Lee taunted Miller and Reggie responded by giving Spike the choke sign.

In the 1995 series, the Pacers would win the decisive seventh game, 97-95. Miller had 29 points in Game 7 and averaged 23 points for the series. He also had another defining moment in Game 1 of the series. The Pacers trailed 105-99 with 18.7 seconds left. The game was over for everyone except Reggie Miller.

Miller scored eight unanswered points in the final nine seconds of the game, including two three-pointers from the same exact spot, giving Indiana a 107-105 lead in Madison Square Garden and in front of Spike Lee. The ’94 and ’95 series made the Miller/Lee feud so famous that it was only a matter of time before it found its way into pop culture.

Before we go too far ahead it’s important to acknowledge there is now a generation who do not know what “Seinfeld” was. This seems ludicrous to people in their mid-30s or older, but it’s true. That’s like an entire generation knowing about NBA Superstars like LeBron James and Steph Curry, but not Michael Jordan or Kobe Bryant. It’s insane that one of the most popular sitcoms in television history now needs an explainer.

Every episode title began with “The” and typically involved multiple stories, like most shows. The episode to focus on here is called “The Suzie”.

“The Suzie” got its name from the main storyline being about Elaine creating a fictional coworker in order to avoid an uncomfortable conversation with a real coworker who misremembered Elaine’s name. It’s pretty good and allows one of the show’s best secondary characters, J. Peterman, a chance to really cook.

The other storyline was about Jerry making an NBA bet, and that’s where Mr. Miller and Mr. Lee come in.

Related: Reggie Miller’s Sister Was Better Than He Ever Was

Jerry’s storyline in “The Suzie” involves a character named Mike becoming a new bookie. Kramer has a gambling addiction so he can’t make any bets, but he forces Jerry to place one on the Knicks. The bet is $100 on the Knicks to win by 35 points or more and pays 10-1 odds.

In another interesting turn of events, Kramer attends the game and later, when he’s in Jerry’s apartment, explains an incident that occurs.

Kramer explains he was kicked out of the game for fighting, along with Reggie Miller and Spike Lee. When Elaine hears this, she asks if Reggie is Cheryl Miller’s brother (he is). The incident was that Miller and Lee were trash-talking each other and Kramer ran onto the court and threw a hot dog at Miller.

This was the reason for the triple ejection, but the trio would make up and visit a strip club together with their now open schedule for the evening. Without Miller, the Pacers lost 110-73, earning Jerry a $1,000 return on his bet.

Elaine is still confused and responds to the whole scenario with, “I didn’t know Cheryl Miller’s brother played basketball,” which is a hall of fame quote from the show.

This episode aired in February of 1997, nearly two years after the ’95 ECSF playoff series. The Miller/Lee feud was so epic it was still being discussed years later in one of the most-watched shows ever!

MORE: Reggie Miller’s Choke Sign Came Back to Bite Him in a Cruel Twist of Irony