Remember that time Joey Crawford ejected a legend for laughing on the bench? 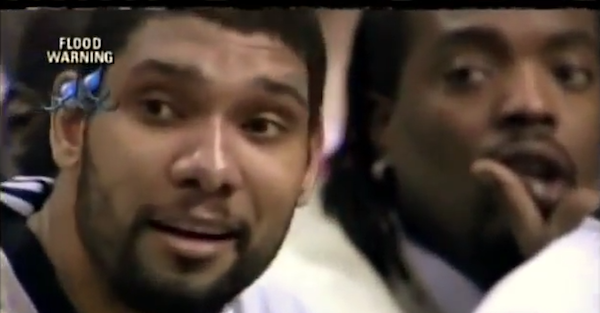 San Antonio Spurs legend Tim Duncan is retiring after 19 years in the NBA and 15 All-Star game appearances. He’s had some great moments on his way five championships and three Finals MVPs. He’s also had some down moments and some of the funnier moments in the league.

There was the one time referee Joey Crawford ejected Tim Duncan for laughing on the bench. That was certainly one of the funnier moments of Duncan’s career and one that Crawford undoubtedly regrets now that he’s retired.

Of course it came against the Spurs’ hated rivals in the Dallas Mavericks and it was in Dallas no less. Duncan was harmlessly laughing on the bench after Crawford was clearly trying to screw the Spurs out of some calls and apparently that enough for his second technical of the game. That ultimately led to his ejection and unceremonious dismissal from the game.

Now that Duncan is retired and preparing himself to go into the Naismith Hall of Fame, we can all laugh at this and have a good time reminiscing.