Report: Dunk contest has its contestants 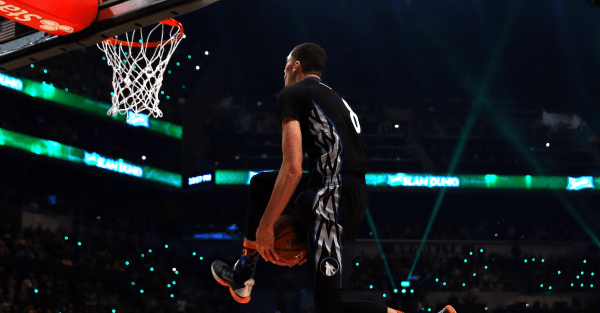 According to Chris Haynes of the Cleveland Plain Dealer, the NBA has decided on its All-Star Weekend Dunk Contest participants. Reigning champ Zach LaVine of the Minnesota Timberwolves will be in it as well as big man Andre Drummond from the Detroit Pistons. Denver Nuggets guard Will Barton and Orlando Magic forward Aaron Gordon will join them in the contest.

The field is supposed to be finalized and officially announced on Thursday. LaVine became the youngest player at 19 years old to win the contest since Kobe did it at age 18 in 1997.