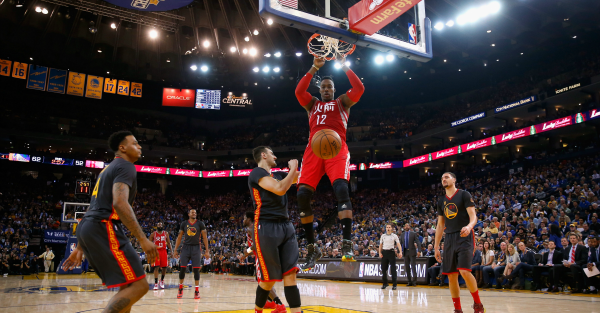 League sources have told The Vertical and Adrian Wojnarowski that the Houston Rockets are actively shopping center and eight-time All-Star Dwight Howard. Howard plans to exercise his opt-out option this summer and the 30-year old is reported to be looking for a max deal with a team. That has made the Rockets nervous as they aren’t sure they want to commit that kind of money to the center and will look to deal him for some sort of assets before potentially losing him for nothing.

The NBA’s trade deadline is 3 p.m. EST on February 18. Wojnarowski is reporting that Howard’s agent, Dan Fegan, is working with the Rockets to find a destination for Howard, but ESPN’s Marc Stein is saying that Fegan hasn’t worked with the Rockets on anything yet.

Dan Fegan, agent for Dwight Howard, issues statement to ESPN: "I'm not privy to what the Rockets are doing or… https://t.co/ZfLSxro26n

After going to the Western Conference Finals last season, the Rockets have struggled to a 27-28 record and fired head coach Kevin McHale after only about two weeks of play. Clearly, the Rockets need some sort of jolt or shake-up to get things back to some sort of normalcy. Especially after interim coach J.B. Bickerstaff called his team a broken one on Wednesday night.