Report: The Rookie of the Year award expected to be given to this player 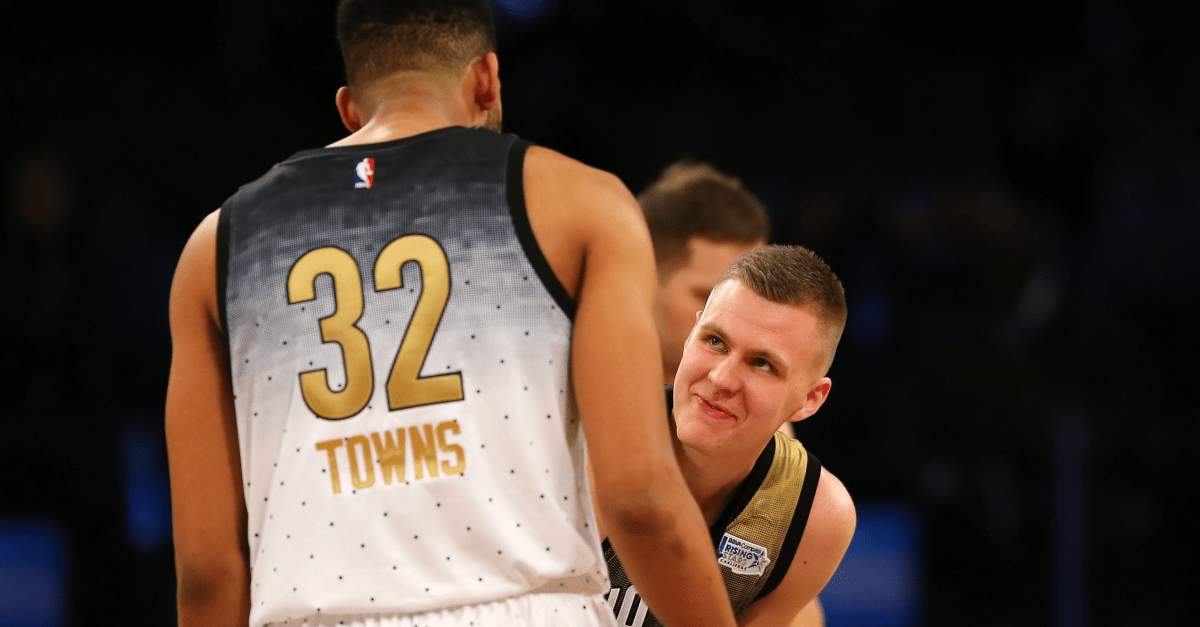 The Minnesota Timberwolves are set to make history if a report from ESPN is to be believed that Karl-Anthony Towns will be named the Rookie of the Year on Monday. They would be the first team to have back-to-back Rookie of the Year award winners since the Buffalo Braves in 1973 and 1974.

RELATED: KAT is already making his case for Rookie of the Year

The last time a big man rookie had a season like this was Tim Duncan’s rookie year in 1997-98. KAT averaged 18.1 points, 10.7 rebounds and 1.7 blocks and helped the Timberwolves win 13 more games than they did the previous season. Towns played all 82 games and was named Western Conference rookie of the month in all six months the award was handed out.

Durant believes that Towns could be a Hall of Famer before it’s all said and done and winning this award would certainly be a good step in that direction. Now he’s just got to make a dozen or so All-Star Games and win a championship or two and he’s a lock for the Hall of Fame.