Reports: The Knicks have parted ways with coach Derek Fisher 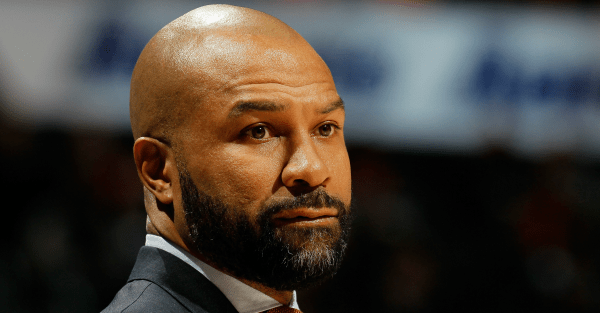 The NBA has another coaching casualty according to sources telling ESPN. The New York Knicks have fired coach Derek Fisher despite an improved record over last year and a team that actually looks like it wants to play as a unit.

The development of Latvian sensation Kristaps Porzingis has been fun to watch and there are some actual pieces in New York to make them a good team down the road. Some believe that Phil Jackson and management were not happy with how the team was progressing and that’s why Fisher was let go.

The Knicks have fired Derek Fisher, ESPN has learned. Management was disappointed with team's performance, decided change was needed.

The Knicks are currently 23-31, which is considerably better than the 17-65 record they finished with last year.