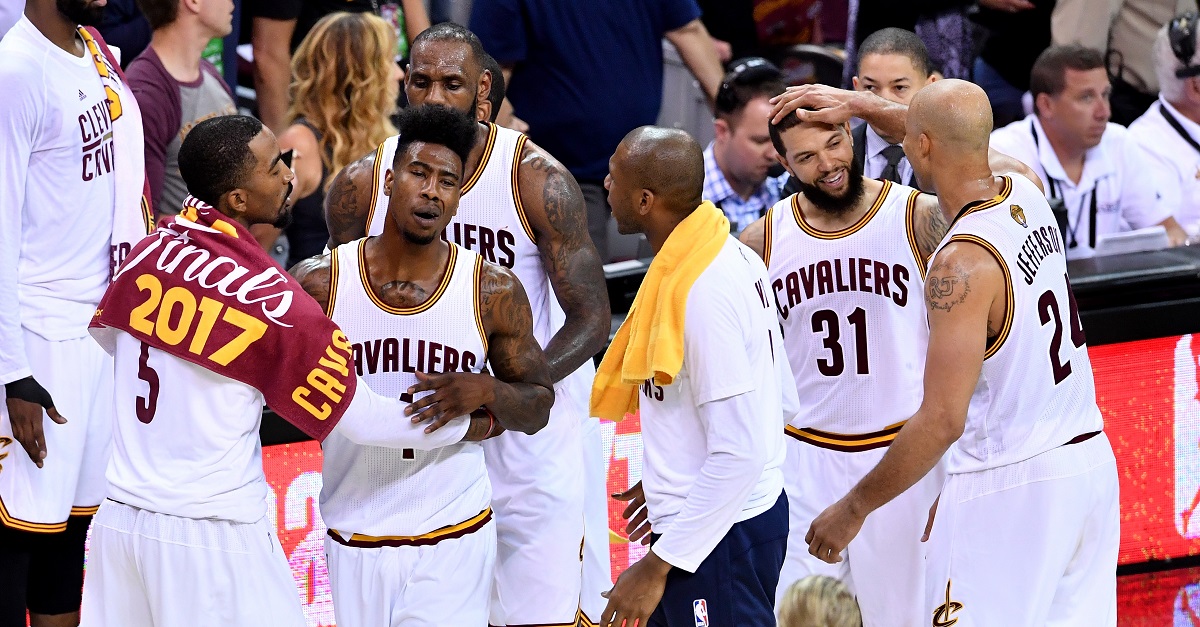 The Cleveland Cavaliers are reportedly discussing a trade that would send Richard Jefferson and Kay Felder to the Atlanta Hawks, sources confirmed to Shams Charania of The Vertical.

Cleveland is in advanced talks on a deal to send Richard Jefferson and Kay Felder to Atlanta, league sources tell The Vertical.

The deal would help Cleveland finalize its 15-man roster and get rid of additional salaries from Jefferson and Felder’s contracts.

The Cavaliers will reportedly take on the rights to Dimitrios Agravanis (Olympiacos) and Sergii Gladyr (AS Monaco), sources told USA Today’s Sam Amick.

This move also had to be a trade or else the Cavaliers would not have been able to shed the necessary salary cap hits to save some money:

When RJ/Kay Felder deal is finalized, it will save the Cavs $12 million in luxury taxes. Why they have to trade them rather than cut them

Jefferson provided the Cavaliers with an additional veteran presence during the past two seasons. He averaged 5.5 points per game during 17.9 minutes per game during Cleveland’s NBA Championship run in 2015-16.