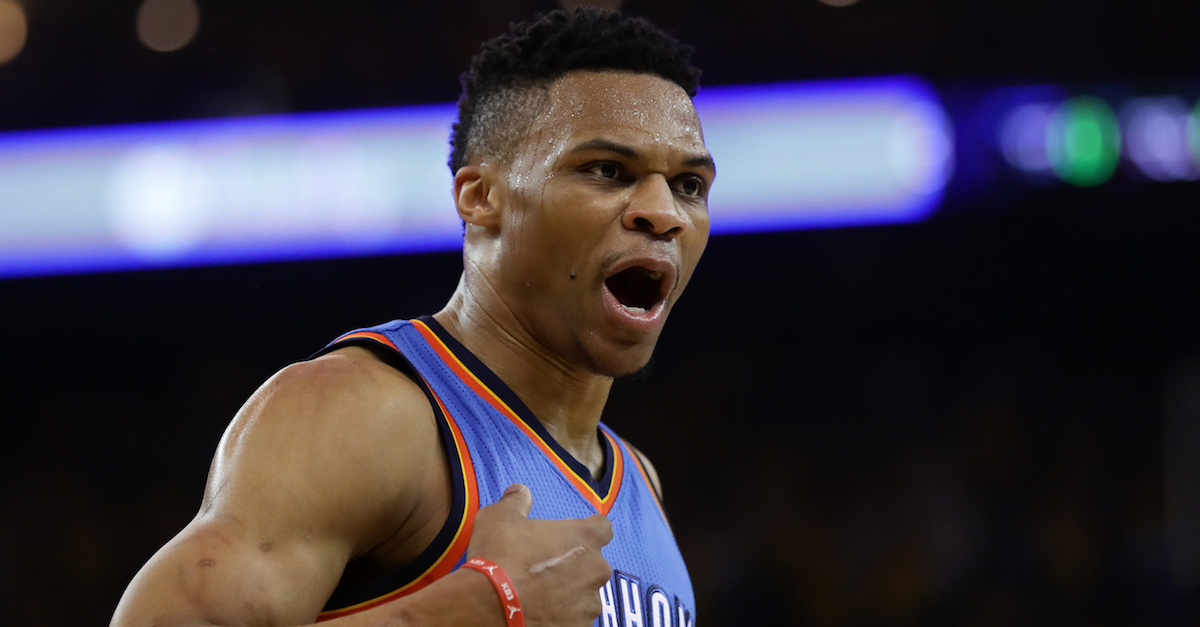 OAKLAND, CA - MAY 26: Russell Westbrook #0 of the Oklahoma City Thunder reacts to a play against the Golden State Warriors during Game Five of the Western Conference Finals during the 2016 NBA Playoffs at ORACLE Arena on May 26, 2016 in Oakland, California. (Photo by Ezra Shaw/Getty Images)

With Kevin Durant officially a Golden State Warrior the talk has already begun about what the Oklahoma City Thunder should do with point guard Russell Westbrook. Should they trade him this season in hopes of getting a nice haul in return? Should they try to convince him to stay? That’s been the conundrum.

RELATED: Following KD’s departure, Westbrook’s next move could be shocking

Apparently, Westbrook might have already answered that question for us unwittingly. At a camp he was hosting he might have given the kids a hint about his immediate future in Oklahoma City.

So Russ, at his camp asked the kids how many were coming back next year cause he was gonna be here. Said it like 3 times. #InRussWeTrust

While he could conceivably still put on his camp in the city even if he moves to another team in free agency or via trade — he is a huge supporter of the city and would undoubtedly come back for events like camps and the like.

Westbrook becomes an unrestricted free agent in 2017 if he chooses not to renegotiate his deal with whatever team he ends up playing for at the end of the season.