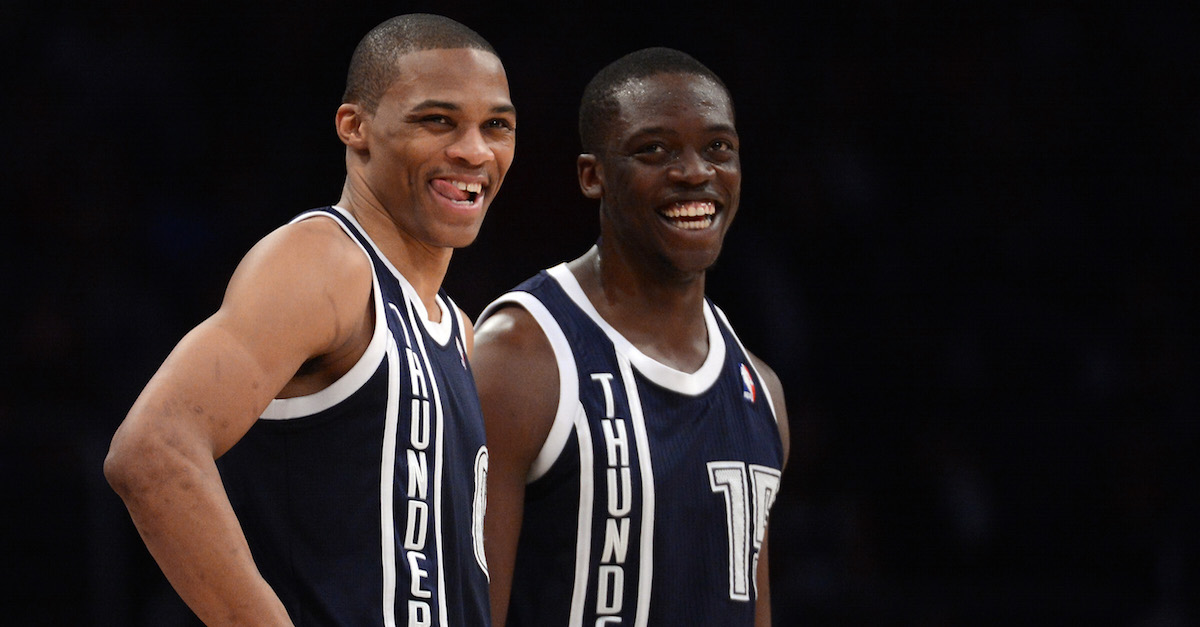 As the Oklahoma City Thunder took the court for practice Thursday, most of the team remained focused on its matchup with the Dallas Mavericks, but one issue remained clear — Reggie Jackson’s desire to leave.

It was Jackson who verbalized his wish to be traded through his agent, and for teammates like Russell Westbrook, that wish hit a nerve:

Westbrook on what the trade deadline is like in OKC this year: "Normal. Ain't too many people talking about getting traded but one person."

“It was pretty easy,” Durant said. “We felt like everybody wanted to be here except for one guy. So it wasn’t like everybody was going crazy at shootaround. I went to sleep and woke up and we had new players. It goes like that sometimes. Everybody that wants to be here is here, we’re excited about our new guys, and it hurts to see [ Perkins] leave, but we’re still going to remain brothers until we’re both gone. It was definitely a tough day, but a good day as well.”

After dealing for Dion Waiters earlier in the season, and knowing Jackson’s wish to be a starting point guard, the Thunder began phasing out the guard earlier before the All-Star break.

Jackson will be a restricted free agent this summer, but his wish to be a starter seems to have outweighed his desire to contend for a championship. He was traded to the Detroit Pistons at the trade deadline.