Players trade blows, are both ejected during Raptors-Heat game 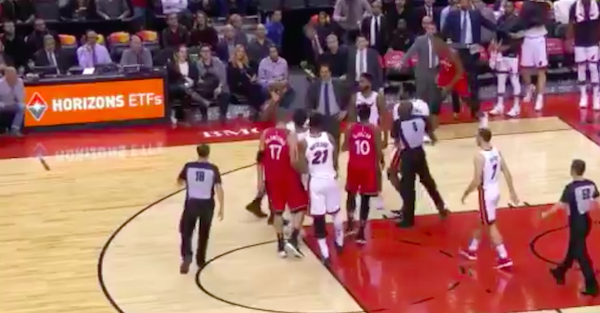 Things got ugly during the game between the Toronto Raptors and Miami Heat on Tuesday.

Raptors forward Serge Ibaka and Heat forward James Johnson were ejected after throwing elbows during a scuffle in the third quarter.

Serge Ibaka and James Johnson are both ejected after throwing punches 😳 pic.twitter.com/9AP8l2SiYQ

The spat was quickly handled by the officials as both players were separated before the incident could escalate further .