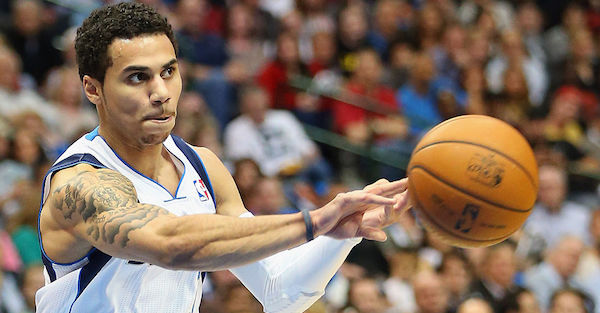 Ronald Martinez/Getty Images
at American Airlines Center on November 18, 2013 in Dallas, Texas. NOTE TO USER: User expressly acknowledges and agrees that, by downloading and or using this photograph, User is consenting to the terms and conditions of the Getty Images License Agreement.

Former first-round pick Shane Larkin is headed back to the NBA, according to pro basketball reporter David Pick.

Larkin, who has shined in the Euroleague since leaving the NBA, was the next-best free agent point guard in the league after Milos Teledosic left to join the Los Angeles Clippers.

Euroleague star PG Shane Larkin is leaving $6.3 million on the table while betting on himself in NBA comeback deal with Boston.

This is another good signing for the Celtics, especially with the departure of Avery Bradley to Detroit this offseason to make room for the arrival of superstar wing Gordon Hayward.

Larkin’s deal is believed to be for the minimum, but he’s shown flashes in the past that he’s a more-than-capable backup point guard when given the opportunity — especially in New York and Brooklyn.

In the 2015-16 season for the Brooklyn Nets, Larkin shot 36 percent from three while playing 22 minutes per game.