Is it time for a former NBA All-Star to find a new home? 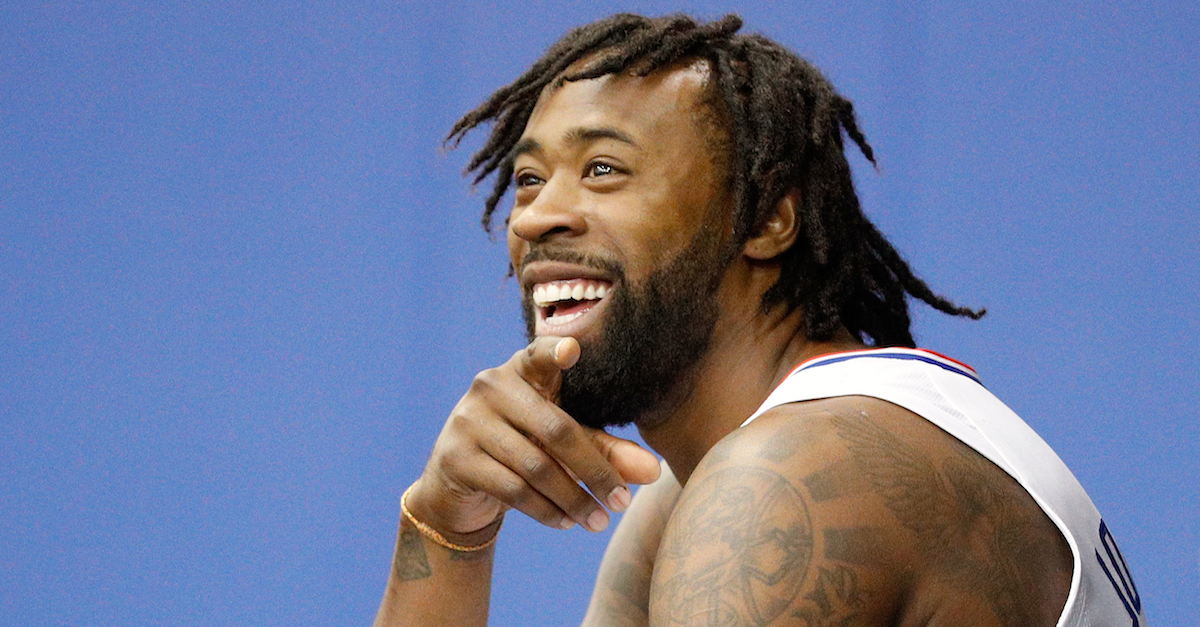 Josh Lefkowitz/Getty Images
PLAYA VISTA, CA - SEPTEMBER 25: DeAndre Jordan #6 of the Los Angeles Clippers during media day at the Los Angeles Clippers Training Center on September 25, 2017 in Playa Vista, California. NOTE TO USER: User expressly acknowledges and agrees that, by downloading and/or using this photograph, user is consenting to the terms and conditions of the Getty Images License Agreement. (Photo by Josh Lefkowitz/Getty Images)

By waiving his player option for the 2018-19 season, Jordan can become a free agent next offseason and sign with any team he chooses to. While Jordan is eligible to receive a contract extension from the Clippers, Zach Lowe of ESPN reports those discussions have stalled.

Jordan would potentially earn less money by agreeing to a contract extension with Clippers versus signing a new contract with the team next summer. He and the team have publicly stated they’d love to stay together for the future, but it will likely come down to how much money Jordan will seek for his next contract.

The Clippers have reportedly explored trades involving Jordan, but nothing serious came from those discussions. The team seems unsure of what to do with Jordan for the time being. If he demands a contract north of $25 million per season, the team could have between $60-70 million tied up in Jordan and Blake Griffin and it then would become difficult to sign a top-tier player in free agency.

At this point, it sounds like the Clippers may be better off moving on from Jordan and building around Griffin. The team would stay flexible with their cap situation and could convince a top player in free agency to play with Griffin. It doesn’t sound like Jordan would be willing to offer a huge discount to the Clippers as he may want a max contract of $35 million.

If the Clippers decide against paying him a near-max deal, Jordan could likely find that deal elsewhere. He was named an All-Star last season after averaging 12.7 points, 13.8 rebounds and 1.7 blocks per game.

Regardless of what ultimately happens, this season could be the turning point for the Clippers moving forward.