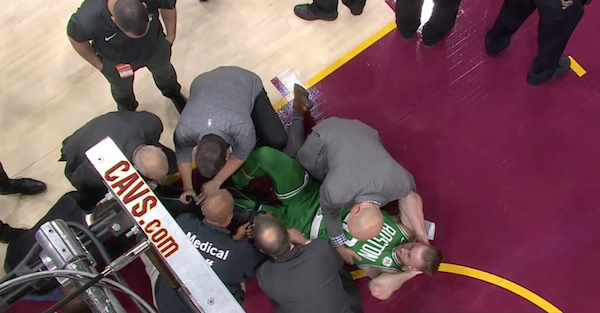 NBA opening night got off to an emotional start after Boston Celtics forward Gordon Hayward suffered a fractured tibia and dislocated ankle against the Cleveland Cavaliers early in the first quarter.

While most of the NBA and sports world showed an outpouring of support and love, Fox Sports 1 analyst Skip Bayless sent out the following:

He was met with a storm of responses, mostly on the careless nature of his tweet and the thought process of caring more about the lightening rod of sports talk, LeBron James’ path to the NBA Finals, than a human being who was writhing in pain just moments prior.

As for Hayward, the broadcast noted it is a fractured ankle for Hayward.