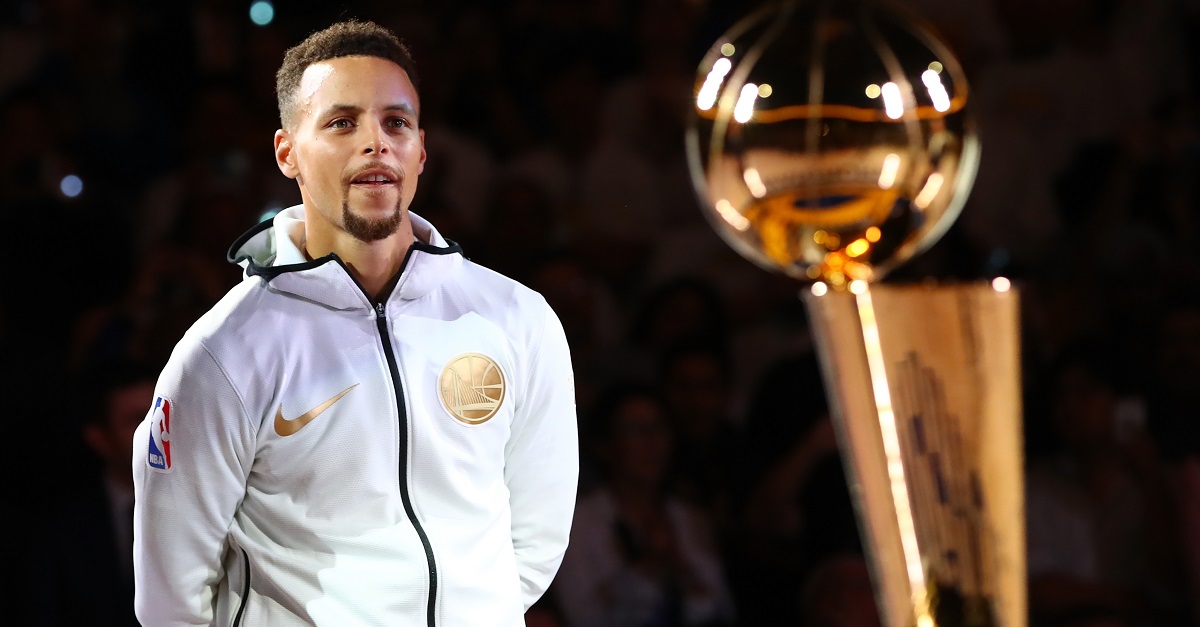 Ezra Shaw/Getty Images
OAKLAND, CA - OCTOBER 17: Stephen Curry #30 of the Golden State Warriors stands during their 2017 NBA Championship ring ceremony prior to their NBA game against the Houston Rockets at ORACLE Arena on October 17, 2017 in Oakland, California. NOTE TO USER: User expressly acknowledges and agrees that, by downloading and or using this photograph, User is consenting to the terms and conditions of the Getty Images License Agreement. (Photo by Ezra Shaw/Getty Images)

Former NBA MVP Stephen Curry was not exhibiting model behavior as he got ejected from the game against the Grizzlies on Saturday. He threw a mouthpiece at a ref and is now facing his punishment as the league has announced:

Steph Curry will receive a $50,000 fine for throwing his mouthpiece, I’m told, and Andre Iguodala a $15,000 fine for yelling at the ref

Curry will make that money back in less than half a quarter of action, but that’s still a pretty hefty fine as far as what the league usually hands out.

The Golden State Warriors next play at Dallas on Monday night.