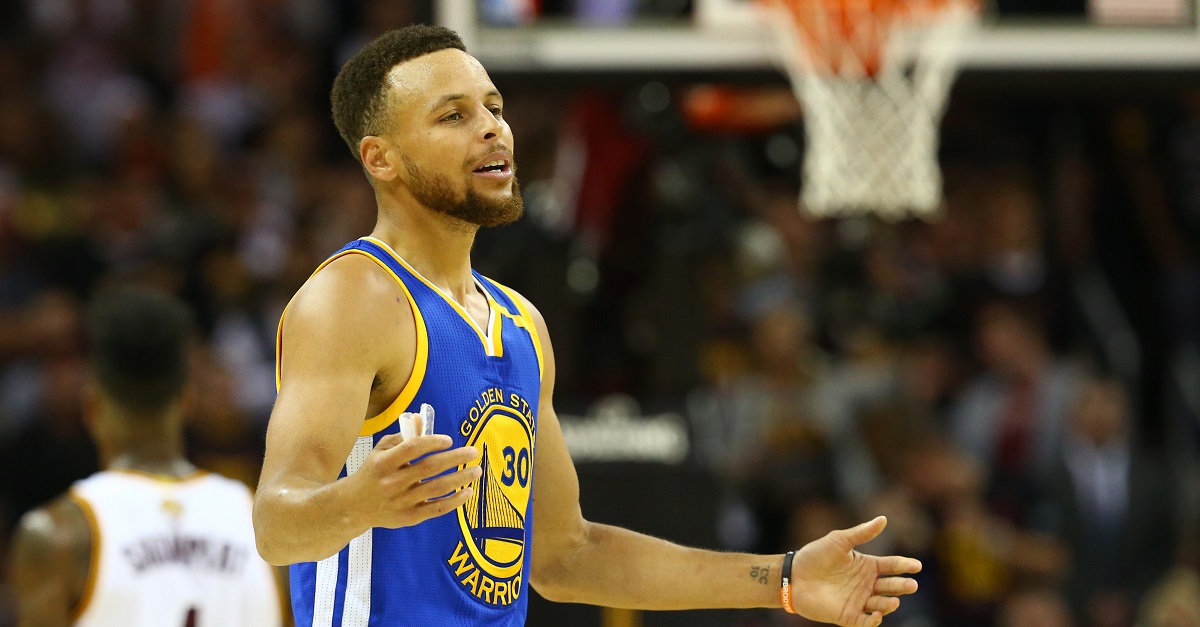 Ronald Martinez/Getty Images
CLEVELAND, OH - JUNE 07: Stephen Curry #30 of the Golden State Warriors reacts against the Cleveland Cavaliers during the first half of Game 3 of the 2017 NBA Finals at Quicken Loans Arena on June 7, 2017 in Cleveland, Ohio. NOTE TO USER: User expressly acknowledges and agrees that, by downloading and or using this photograph, User is consenting to the terms and conditions of the Getty Images License Agreement. (Photo by Ronald Martinez/Getty Images)

Golden State Warriors point guard Stephen Curry signed a five-year, $201 million contract with the team in free agency this past offseason, but reportedly didn’t get everything he had asked for.

Prior to signing the contract, Curry asked for a no-trade clause and a player option for the final year of the deal, according to Marcus Thompson of The Athletic. The Warriors denied Curry his request and the deal was finalized without either option. Curry will make around $34.6 million this year with the final year paying him around $45.7 million, according to Basketball Insiders.

Curry, a two-time NBA Most Valuable Player, was likely looking for long-term security by asking for a no-trade clause to ensure he’ll stay in Oakland for the life of the deal. While it seems crazy to think the Warriors would trade Curry, things can change rather quickly in the NBA and anything is possible. Curry also likely asked for a player option in the final year in order to become a free agent and cash in on another huge contract, but the Warriors would like to keep him under team control as long as they can.

With so many superstar players on the team in Curry, Kevin Durant, Klay Thompson and Draymond Green, the Warriors’ payroll for immediate future will be very high if those players remain. The team is looking at a payroll of about $137 million this season, which doesn’t include the tax penalties they’ll hit. Things will get very interesting two years from now when Thompson will be eligible for a new deal and the following year when Green will be a free agent.

As long as the team continues winning, paying those hefty contracts will be worth it, but there could become a time in which it isn’t financially responsible to do so.