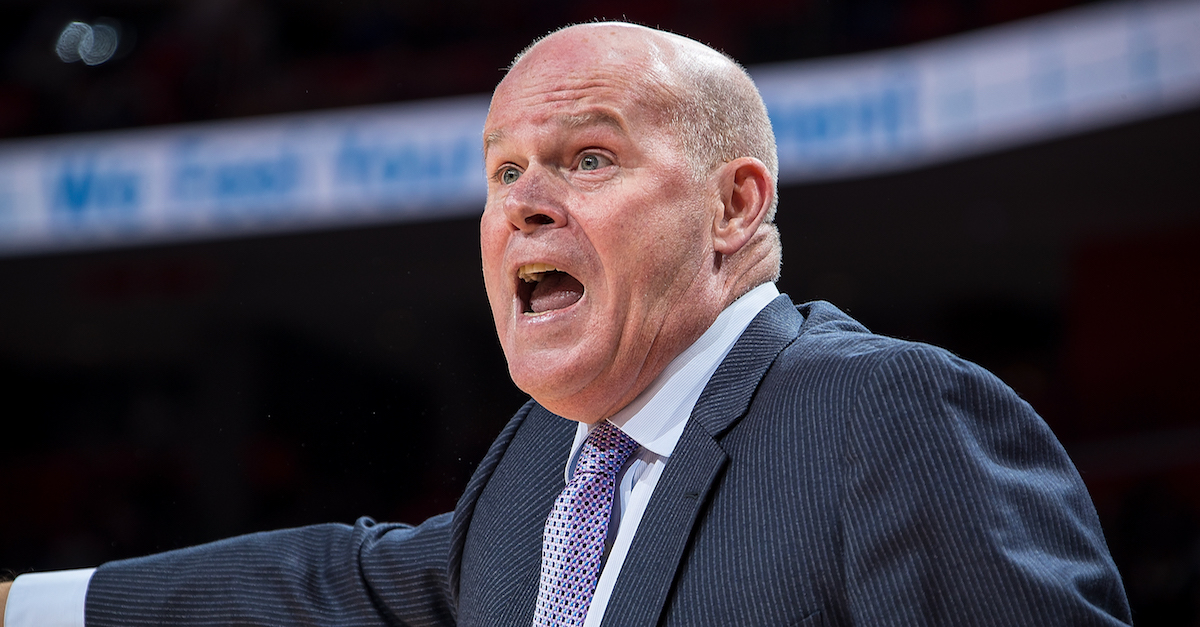 Dave Reginek/Getty Images
DETROIT, MI - OCTOBER 18: Head coach Steve Clifford of the Charlotte Hornets disagrees with a call during the Inaugural NBA game against the Detroit Pistons at the new Little Caesars Arena on October 18, 2017 in Detroit, Michigan. NOTE TO USER: User expressly acknowledges and agrees that, by downloading and or using this photograph, User is consenting to the terms and conditions of the Getty Images License Agreement. (Photo by Dave Reginek/Getty Images)

Charlotte Hornets head coach Steve Clifford will step away from the team for the immediate future to address his health, the team announced Wednesday in a release.

Clifford missed Monday night’s game against the Orlando Magic in what the team described only as an illness. The team said that there is no timetable for his return and that associate head coach Stephen Silas will serve as the team’s acting head coach in place of Clifford.

Clifford has served as the Hornets’ head coach since the 2013-14 season and has guided the team to a 169-181 record and two appearances in the playoffs.

The Hornets are currently 9-13 this season and are in 11th place in the Eastern Conference.