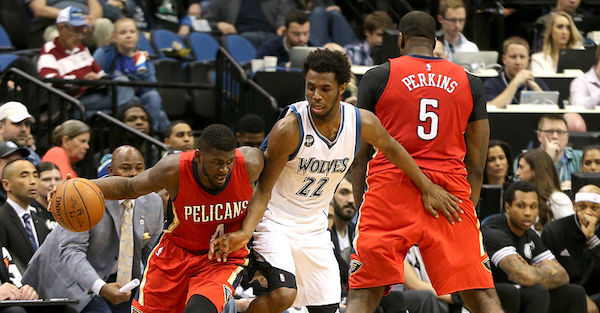 The Minnesota Timberwolves are staying this busy this summer, already trading for Jimmy Butler and bringing in Jeff Teague, but the team isn’t done. Free agent big Taj Gibson is reuniting with head coach Tom Thibodeau in Minnesota on a two-year, $28 million deal.

Gibson joins Butler as the latest ex-Bull to play under Thibs in Minnesota, and it makes a crowded front court even more crowded with Karl-Anthony Towns, Gorgui Dieng, Cole Aldrich, and more still on the roster. It should be interesting to see how the team handles this big-heavy roster.

USA Today’s Sam Amick is also reporting that in Year 2 of the deal doesn’t contain either a player option or a team option.

Gibson last played for the Oklahoma City Thunder after being traded from the Bulls prior to the 2016-17 NBA Trade Deadline.