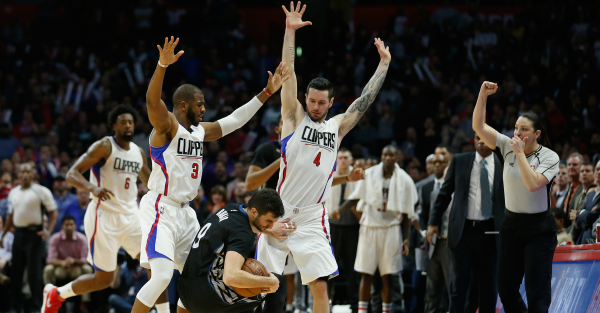 The Los Angeles Clippers are one of the few teams in the NBA without a team mascot. They changed that on Monday night when they unveiled their new mascot, Chuck the Condor.

That is only the second-most hideous mascot I have ever seen with the original New Orleans Pelicans’ Pierre the Pelican being the first. He terrified children and looked like this:

Make your own judgments, but Chuck isn’t much better and a condor makes absolutely zero sense for this team. Steve Ballmer is your owner and he was the CEO of Microsoft from 2000 to 2014. It seems pretty obvious that they should have gotten “Clippy” from Microsoft Word and called it a day. Easy costume to make, can do a lot of graphic stuff with it on the court and in videos and it seems like a no-brainer. The Clips really swung and missed on this one.