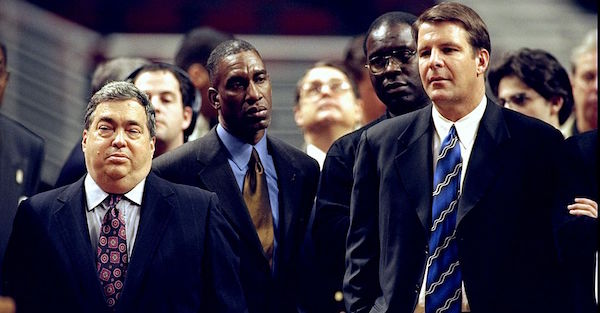 Former Chicago Bulls general manager Jerry Krause passed away at the age of 77 on Tuesday afternoon.

Jerry Krause, GM of the Bulls for their six title teams, passed away this afternoon at age 77, a member of the family told the Tribune. RIP

Krause became the Bulls’ GM in 1985, and he was responsible for drafting Scottie Pippen and Horace Grant in the 1987 NBA Draft. He also hired Phil Jackson to replace Doug Collins as head coach.

The Bulls won six NBA championships during his tenure as general manager, led of course by Michael Jordan. Krause retired as GM in 2003.

very sad about the passing of jerry krause. He believed in me when not many did. God bless you and my prayers are with you and your family

Krause won the NBA’s Executive of the Year award twice during his career.