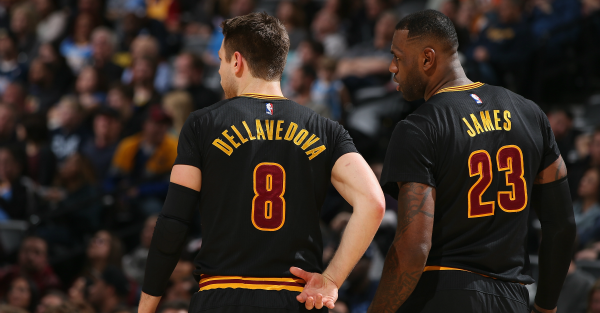 Delly “earned” his reputation in the playoffs last year against the Chicago Bulls and Atlanta Hawks. He goaded Taj Gibson into an ejection and went straight at Al Horford’s legs which forced the big man to give Dellavedova the people’s elbow. A lot of the announcers and commentators on television will tell you he’s “scrappy” and a “hustle player”, but the players in the league certainly know better than that.

Matt Barnes also received four votes, but most of the dirty play from him is off the court. However, he has had several fines from the league because of his on-court behavior and even some stupid things he said off it.