The miserable Knicks lost on a dreadful final possession 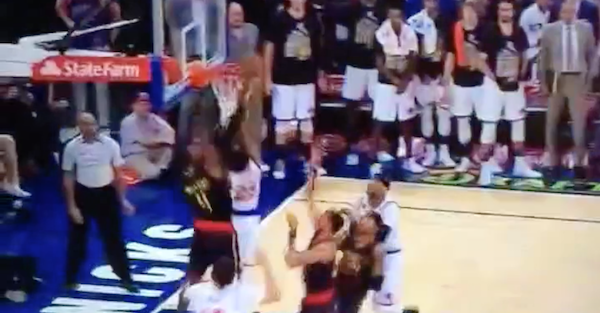 The New York Knicks have been a comedy of errors lately, and their latest loss to the Atlanta Hawks came down to one ghastly possession.

Trailing the Hawks 108-107 with only a few seconds remaining, Derrick Rose drove the lane and had his shot rejected by Paul Millsap. Carmelo Anthony snagged the rebound and missed an easy put back jumper, and Joakim Noah couldn’t make the top fall..

There was a teeny   of controversy because Rose clearly got hit on the play, but the refs let the play continue.  But it wasn’t enough too make a huge fuss over.