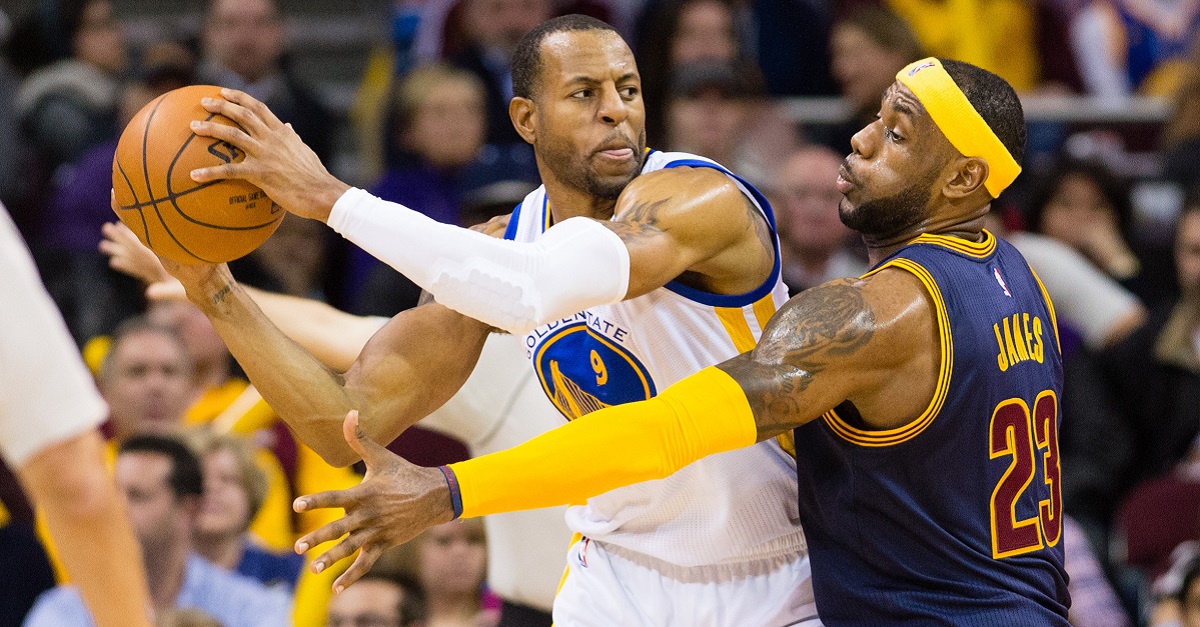 Jason Miller/Getty Images
CLEVELAND, OH - FEBRUARY 26: Andre Iguodala #9 of the Golden State Warriors looks for a pass while under pressure from LeBron James #23 of the Cleveland Cavaliers during the second half at Quicken Loans Arena on February 26, 2015 in Cleveland, Ohio. The Cavaliers defeated the Warriors 110-99. NOTE TO USER: User expressly acknowledges and agrees that, by downloading and or using this photograph, User is consenting to the terms and conditions of the Getty Images License Agreement. (Photo by Jason Miller/Getty Images)

If you enjoy gambling on NBA games and who might win the title you would probably bet on teams like the Golden State Warriors, Cleveland Cavaliers, San Antonio Spurs, Boston Celtics or Los Angeles Clippers this year to win. While those five teams have been given the best chances to win the title and have the highest over/under numbers for games won this year, they are not the teams that have been bet on the most.

RELATED: Derrick Rose thinks the Knicks could go undefeated and he has officially lost his mind

As you can see, the New York Knicks are supposed to win around 38 games and frankly, that won’t be enough to get them into the playoffs if the rest of these numbers play out accordingly. Therefore, they couldn’t even compete for an NBA title, but that hasn’t stopped people on places the most bets on them to win at 80-1 odds.