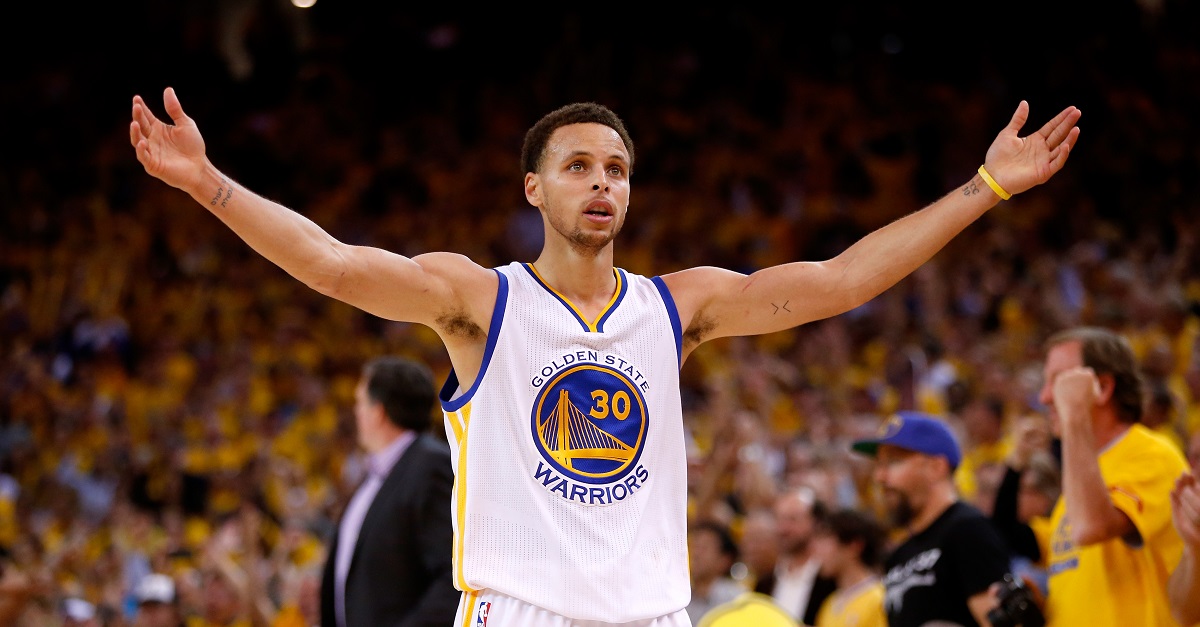 Ezra Shaw/Getty Images
OAKLAND, CA - MAY 27: Stephen Curry #30 of the Golden State Warriors celebrates late in the fourth quarter against the Houston Rockets during game five of the Western Conference Finals of the 2015 NBA Playoffs at ORACLE Arena on May 27, 2015 in Oakland, California. NOTE TO USER: User expressly acknowledges and agrees that, by downloading and or using this photograph, user is consenting to the terms and conditions of Getty Images License Agreement. (Photo by Ezra Shaw/Getty Images)

Steph Curry has won the NBA’s Most Valuable Player Award back-to-back now and would naturally make sense as the top bet to win it a third time. However, that’s not the case according to Bovada. They have triple-double machine and newly re-signed Oklahoma City Thunder point guard Russell Westbrook as the man to beat.

RELATED: It sounds like Westbrook has made up his mind on whether he’ll stay or leave OKC

This little graphic notes the top five bets on who will win MVP this upcoming season:

Russell Westbrook is the favorite to win the 2016-17 MVP pic.twitter.com/ubACfcSumj

Kawhi Leonard and James Harden are also listed as a 16-1 shot with Paul George following at 22-1 odds and Blake Griffin at 28-1 odds. You can find the complete list here. Should LeBron James win the award this season it would put him on par with Bill Russell and Michael Jordan for second-most MVPs in a year only behind Kareem Abdul-Jabbar.