The Nuggets made the hardest alley-oop of the season 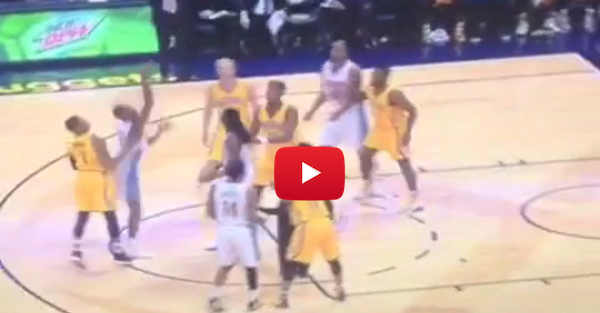 Usually when a teammate throws an alley-oop it ends up as an easy bucket for the recipient of the toss. That was not exactly the case for the Denver Nuggets. With 0.6 seconds left on the clock, there was a rare jump ball and Kenneth Faried tapped it to a teammate behind him who nailed the shot after catching it in mid-air.

The Nuggets got the 129-126 win over the Indiana Pacers so that shot turned out to be pretty huge for the Nuggets. They also scored 45 points in the fourth quarter to take the game away from the Pacers who led most of the game.