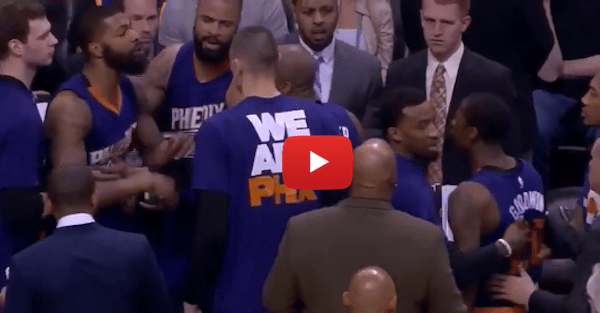 The Phoenix Suns are an actual dumpster fire right now. Their head coach was fired recently and now they’re fighting on the sidelines amongst themselves. Granted, Golden State has been making a lot of teams angry this season, but this is just dumb. Markieff Morris and Archie Goodwin are going after each other for no reason it seems.

The worst part is that Morris looks to have put his hands around Goodwin’s throat despite the best efforts of his teammates to stop him.

Markieff Morris ruins the night. #12News at 10 coming up with the video pic.twitter.com/GDa90QL0wM

Golden State got the better of the Suns on the court with a 112-104 score. But it looks like they may have also started the unraveling of the Suns off the court.