This piece of Air Jordan memorabilia sold for almost $200K 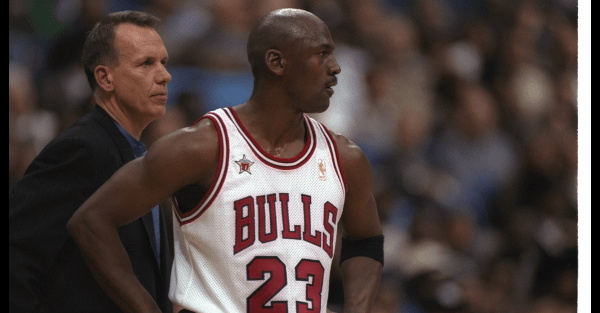 Michael Jordan memorabilia has found its way onto the auction block a few times and now we’ve got something that is the most expensive Jordan item to ever be sold. The jersey that Jordan wore in his final regular-season game with the Chicago Bulls sold for $173,240 early Sunday.

The most expensive collectible item up to this point was a pair of Jordan’s “flu game” shoes that sold for $105,000. Just so you know how ridiculous that number is here’s a quote from the man selling the items.

“No one who has been out of the game fewer than fifteen years has had items sell for these kinds of prices,” said Ken Goldin of Goldin Auctions, which sold the jersey and a pair of game-worn shoes from the 1996 NBA Finals for $34,160. “Michael Jordan is the collectible equivalent of Babe Ruth.”

I would venture to say that’s pretty good company right there. Now we can wonder what the next item sold might be and how much that will go for? Maybe the one jersey that has the number 12 on it? Or maybe a “45” game-worn Jordan jersey will do the trick.