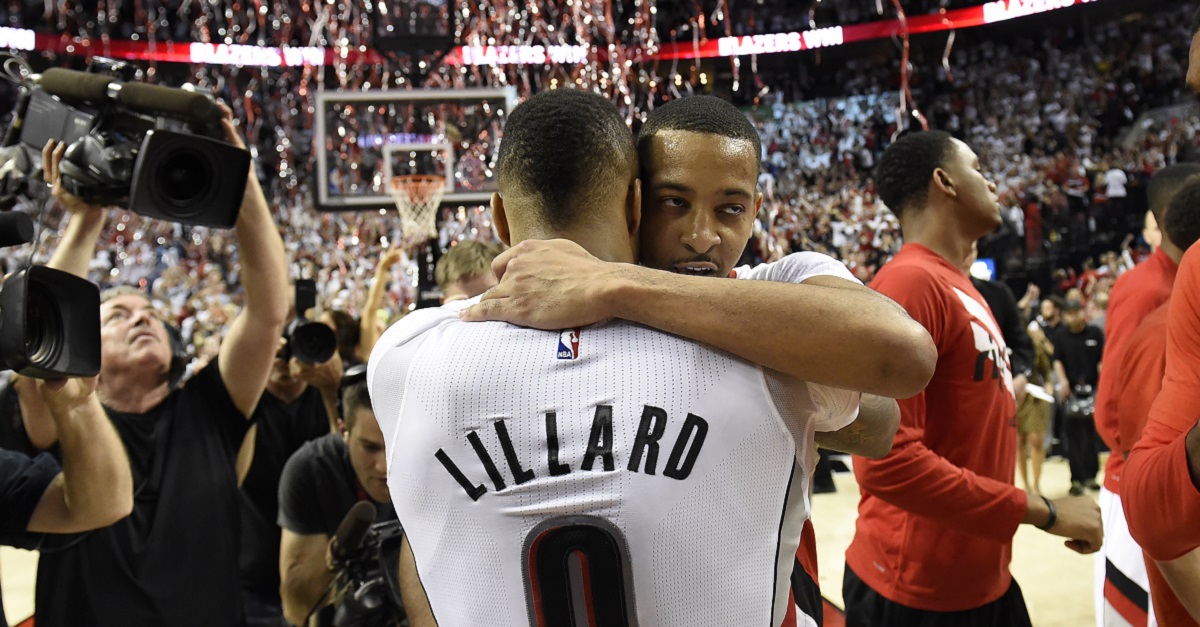 PORTLAND, OR - APRIL 29: Damian Lillard #0 and C.J. McCollum #3 of the Portland Trail Blazers celebrate after winning Game Six of the Western Conference Quarterfinals against the Los Angeles Clippers during the 2016 NBA Playoffs at the Moda Center on April 29, 2016 in Portland, Oregon. The Blazers won 106-103. NOTE TO USER: User expressly acknowledges and agrees that by downloading and/or using this photograph, user is consenting to the terms and conditions of the Getty Images License Agreement. (Photo by Steve Dykes/Getty Images)

There has been an exorbitant amount of max contracts being handed out this summer and it looks like we have our last one of the free agency season. The Portland Trail Blazers decided to give it to their up-and-coming point guard not named Damian Lillard.

Lillard is in the middle of a five-year, $120 million contract so he wasn’t really eligible for a new contract, but it’s quite surprising that the Blazers gave McCollum that much money. He won the NBA’s Most Improved Player award, but that’s not exactly a precursor to getting a mega payday.

He started all 80 games he played and upped his scoring from 6.8 points per game to 20.8 this season. He also averaged 4.3 assists, 3.2 rebounds and 1.2 steals last year while shooting 41.7 percent from beyond the three-point line and 44.8 percent overall from the floor.

While it might be too much money to give a guy with one good season under his belt, it does lock up the young core of the Blazers for the foreseeable future. If the NBA salary cap goes up again next year — which is looking likely — then this contract may turn out to be alright. It looks like this is another case of a team overpaying just to keep a guy on the roster though.