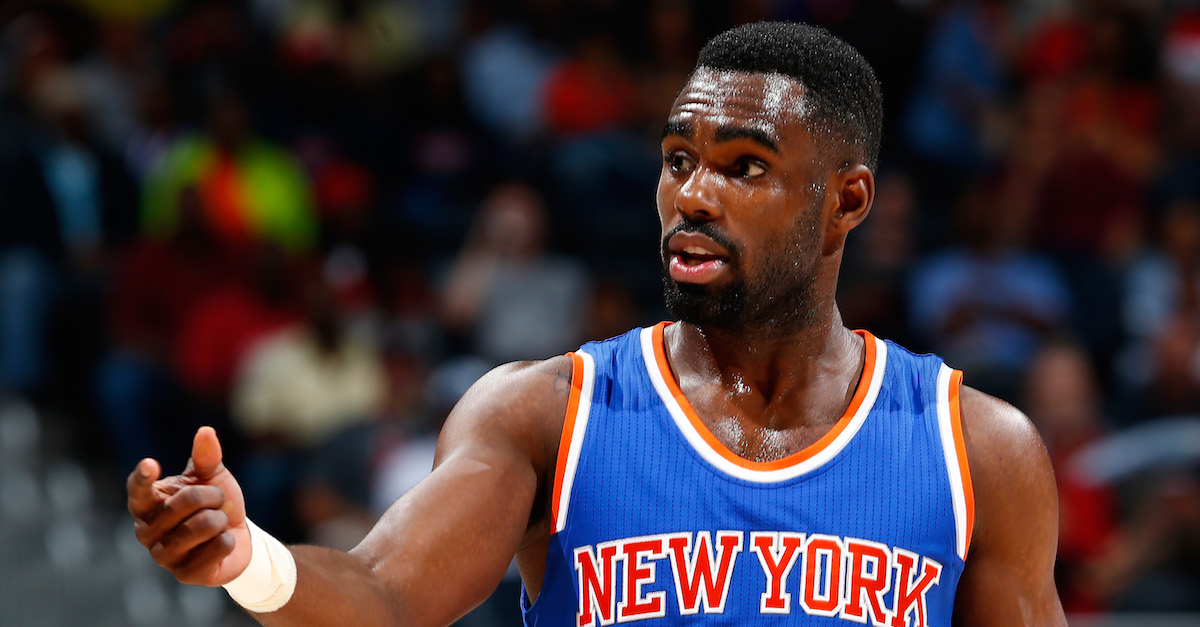 Kevin C. Cox/Getty Images
ATLANTA, GA - APRIL 13: Tim Hardaway Jr. #5 of the New York Knicks reacts after a basket against the Atlanta Hawks at Philips Arena on April 13, 2015 in Atlanta, Georgia. NOTE TO USER: User expressly acknowledges and agrees that, by downloading and/or using this photograph, user is consenting to the terms and conditions of the Getty Images License Agreement. (Photo by Kevin C. Cox/Getty Images)

When it comes to the New York Knicks, we’ve come to expect some poor decisions in recent years.

After moving on from Phil Jackson, apparently those ludicrous moves haven’t stopped, as the Knicks have completed a restricted free agent offer sheet for Tim Hardaway Jr. for four years, $71 million.

I sincerely cannot believe 4 years and $71 million with a 4th year player option and a 15 percent trade kicker.

I'm fully aware that I'm lower on Hardaway Jr. than the consensus.

Hardaway averaged 14 points per game last season with the Hawks.

This is the same Hardaway Jr. that was traded in 2015 to the Atlanta Hawks for Jerian Grant.

He’s a former first-round pick for the Knicks and appears headed back to New York.