TNT announces a new night for NBA games this season 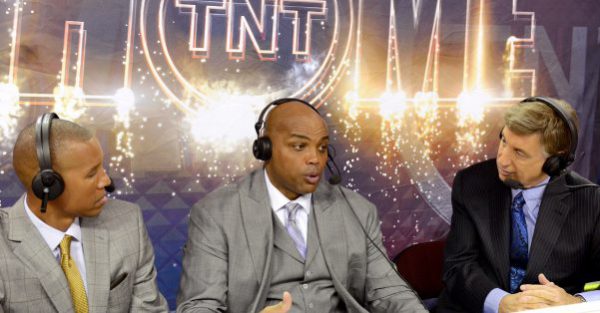 Jason Miller/GettyImages
CLEVELAND, OH - OCTOBER 30: (L-R) TV analysts Reggie Miller, Charles Barkley and Marv Albert speak before a game between the Cleveland Cavaliers and the New York Knicks at Quicken Loans Arena on October 30, 2014 in Cleveland, Ohio. NOTE TO USER: User expressly acknowledges and agrees that, by downloading and or using this photograph, User is consenting to the terms and conditions of the Getty Images License Agreement. (Photo by Jason Miller/Getty Images)

If you love Shaq, Chuck, and the entire NBA on TNT crew, we’ve got some important news for you: they will be adding a new night to the schedule, as the network will start airing games on Mondays — in addition to their usual Tuesday and Thursday games — this season.

TNT is coming to Mondays 🙌 pic.twitter.com/oMevQVVuZz

From the NBA press release:

RELATED: The Celtics could be trading for a big man, just not the one everyone thinks

TNT is not the only one to try and get in more nationally televised games, as ESPN on ABC will also be picking nine games for national broadcast on a relatively new day: Saturdays. Like TNT, this will also come after Martin Luther King Jr. Day.

Overall, this is a fantastic move by both TNT and ABC. It never hurts to get more games on national television, and it is always a good idea to try and take advantage of the schedule once the NFL season comes to a close. Hopefully both networks, and basketball overall, will benefit from this move.