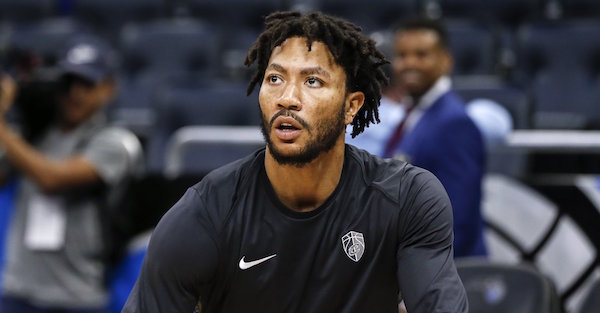 The Utah Jazz have officially waived point guard Derrick Rose, who was acquired from the Cleveland Cavaliers leading up to Thursday’s NBA trade deadline.

The team announced the move in a press release on Saturday via Twitter.

Rose is expected to receive interest from the Washington Wizards, who will be without starting point guard John Wall for several more weeks, according to ESPN’s Adrian Wojnarowski.

Rose began his career in stellar fashion as the No. 1 overall pick by his hometown Chicago Bulls in 2008. He was named the NBA Rookie of the Year in 2009 and was the league MVP to seasons later.

However, injuries — including an ACL tear during Round 1 of the 2012 NBA Playoffs — have derailed his production as he’s struggled to return to elite status.

Rose was traded to the New York Knicks last offseason and signed — initially as a backup — with the Cleveland Cavaliers last July.

He averaged 9.8 points per game and 5.8 assists during seven starts and 16 total appearances for the Cavs in 2017-18 before being traded.

Once seen as Chicago’s franchise player, the guard will now seek employment from his fifth NBA team in three years.

The Jazz are currently 10th in the Western Conference standings, trailing eighth-seed Denver by two games.